Rear tray insert "Printed in West Germany." without barcode.
"3361-2" over "EUROPE: 256 701" is printed on the reverse.
This same tray inlay was also used for later West German non-target pressings,
so be sure to check the disc before you get excited!

Notes: This target CD is hard to find. 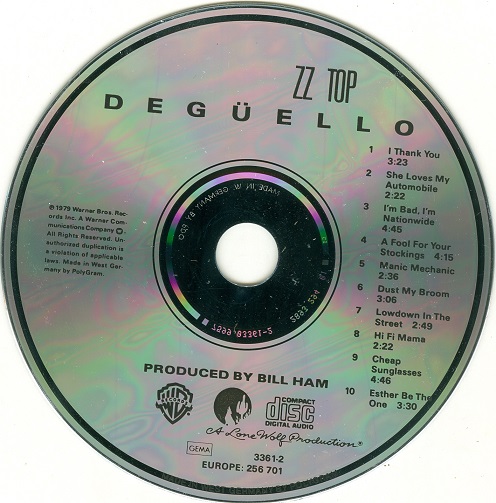