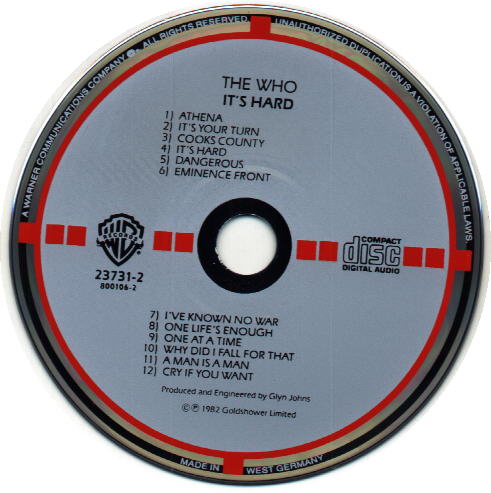 MADE IN | | WEST GERMANY, no manufacturer on disc (a).
Matrix number: 800106 2 02 (It is the same mastering as the European release on the Polydor label.)
This is the first variation of the target CD to be issued. MADE IN WEST | | GERMANY BY POLYGRAM (b)
This is the second issue, and most common version of this target disc.
Matrix number: 800106 2 02 (All WG target variations)
Known suffixes: none, BE X
Later versions have MADE IN W. GERMANY BY PDO etched around the center hole on the reverse (c).
To the best of my knowledge, these are the only three variations of the West German target CD.
Known suffixes (PDO): BN Rear tray insert "Printed in West Germany." with barcode.
All three WG target variations were issued with this inlay.
"23731-2" is printed on the reverse.
If you compare this inlay with its Japanese equivalent (see separate listing),
you will notice some color differences. Most notable is the lime-green color on
the West German inlay is replaced by yellow on the Japanese inlay.

Notes: This target CD is moderately difficult to find. Internationally, this title was issued on
the Polydor label, and does not have a target label. 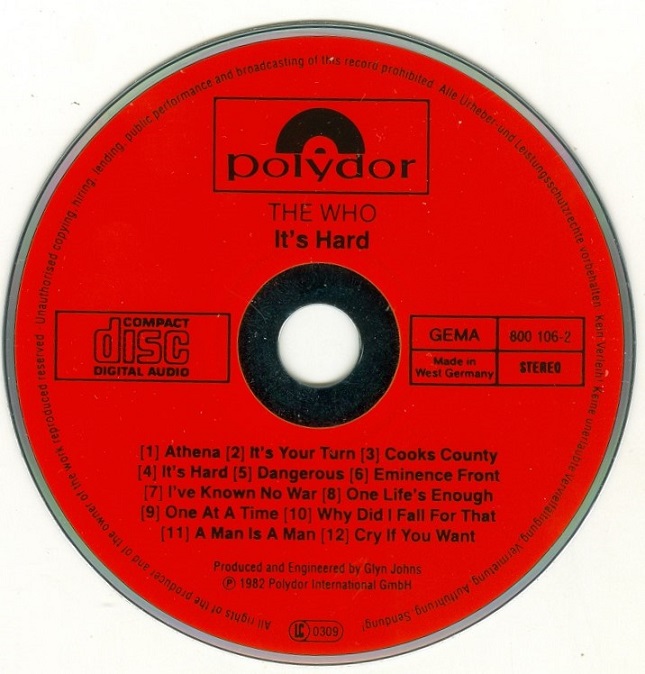 Speaking of the Polydor release, here it is!
Polydor 800 106, released in Europe and select other countries.
"Made in West Germany" orangish-red painted label design, first pressing!
Matrix number: 800106 2 02, same as the target CD.
Ain't she purty?
Reissues of 800 106 dropped the orange paint in favor of the familiar boring silver stock
Polydor label. I don't have one to show you. 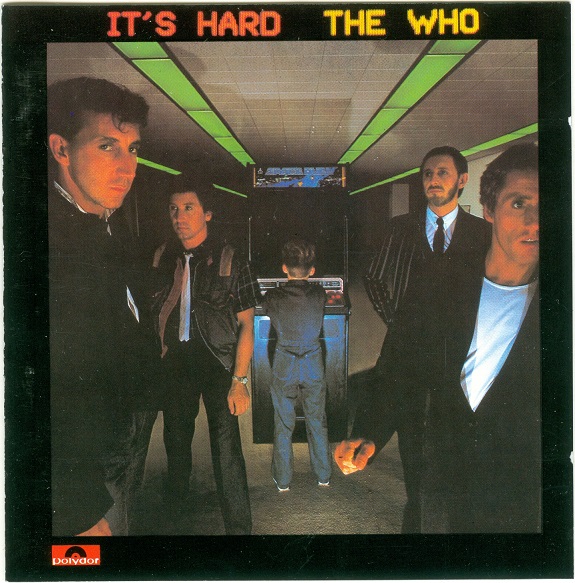 Front cover of the twelve-page booklet.
Page twelve states "Printed in West Germany by / Imprimé en Allemagne par Neef, Wittengen ·
Made in West Germany"
Quick! Can you spot the differences in the covers? 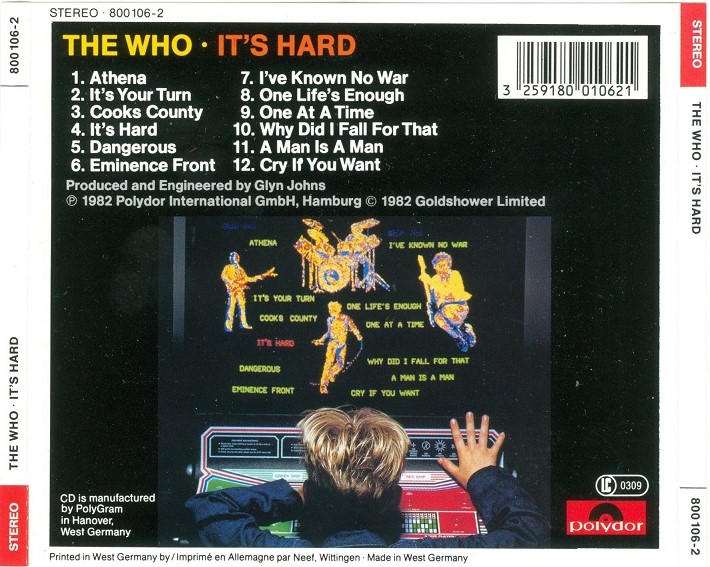 This copy is housed in a smooth frosted-top two-dimple jewel case embossed "12" on one tab and on the
back portion, inside bottom center. And an eight-prong disc tray embossed "Patents pending"
and "11" in a circle.