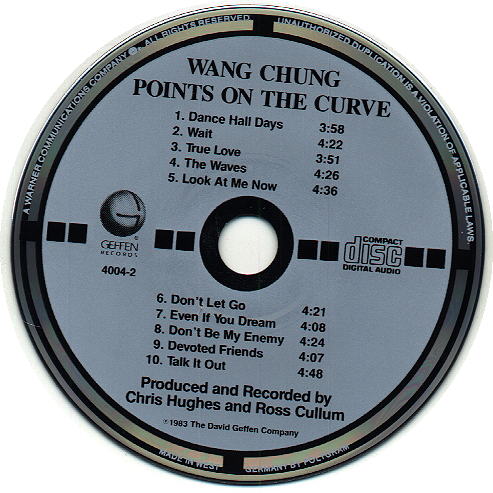 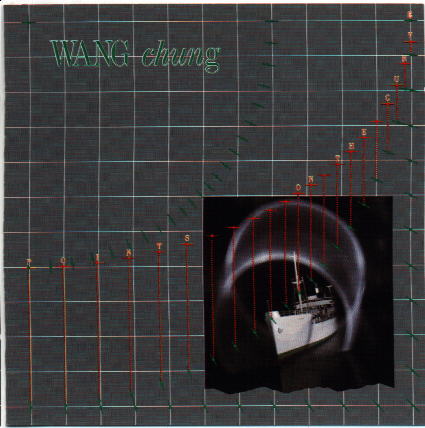 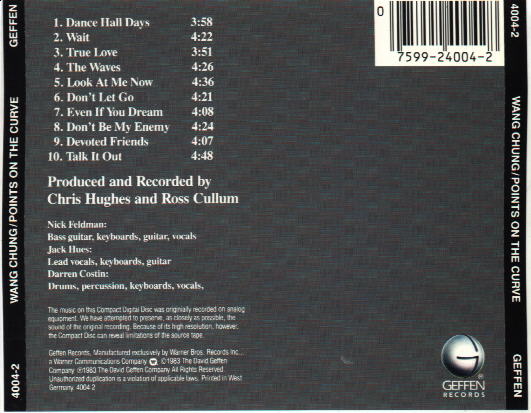 Rear tray insert "Printed in West Germany" with barcode.
"4004-2" is printed on the reverse.

Notes: This target CD is moderately difficult to find. Demand is low, however. "MADE IN JAPAN" at 6 o'clock.
"Made in Japan. Mfg. by Sanyo" at 9 o'clock.
Matrix info: MANUFACTURED BY SANYO JAPAN 4004-2 A6918J
After the target design was discontinued in the U. S., WEA continued to outsource disc manufacturing
to pressing plants worldwide, until they opened their own plant in September 1986. 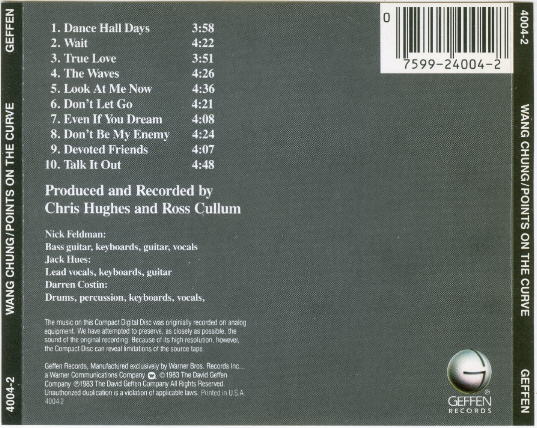 Rear tray insert for the Sanyo pressing, "Printed in U.S.A." with barcode.
The accompanying booklet states "Printed in U.S.A." on page seven.
My copy comes in a sturdy ridged-top six-tab, two-dimple jewel case with "S6A" embossed
on one tab, and "S5A" is embossed on the back portion, inside bottom center.
Twelve-prong disc tray embossed "4". I have another copy in a case that is exactly
the same except "S6A" is embossed on the back portion.