MADE IN | | JAPAN
No variations that I am aware of.
The matrix markings show that it is a JVC pressing.
Matrix number: 3075 2 M2E11 Front cover of the four-page booklet.
The back of the booklet says "Manufactured by JVC, Japan. Printed in Japan." 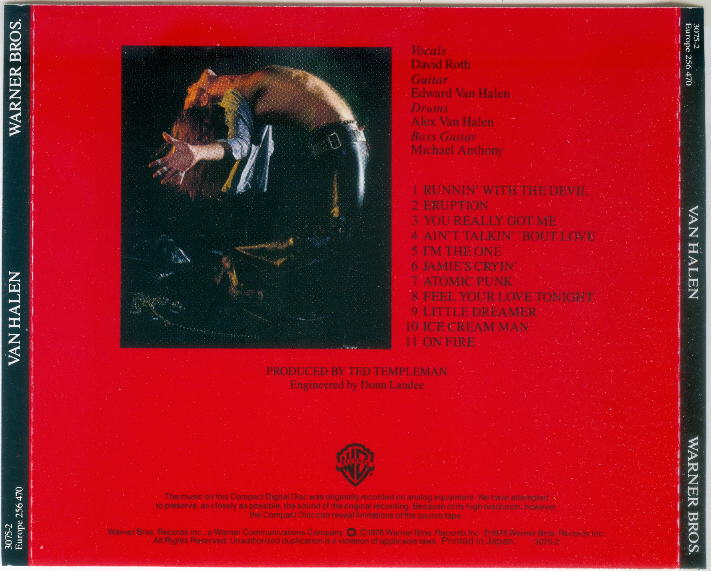 Rear tray insert "Printed in Japan." without barcode.
Nothing is printed on the reverse.

Notes: This silver paint target CD is much harder to find than the silver stock version.
See the separate entry.