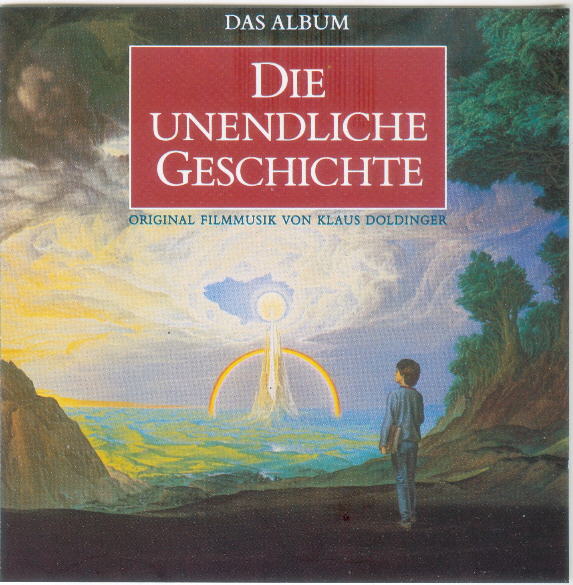 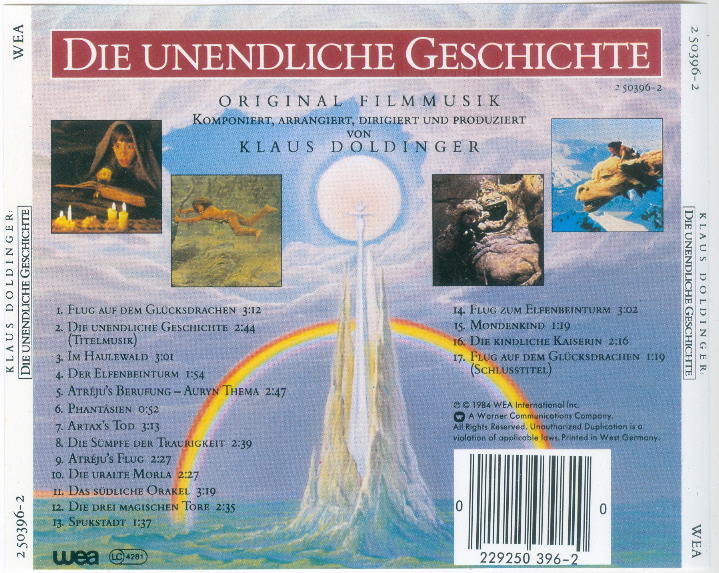 Rear tray insert "Printed in West Germany." with barcode.
The POLYGRAM disc variation can be found with this back inlay.
"250 396-2" is printed on the reverse. Rear tray insert states "Manufactured in Germany. Presse en Allemagne. Record
Service GmbH, Alsdorf." Note the slightly different catalog number on the spine.
Nothing is printed on the reverse.
The PDO disc variation can be found with this back inlay.

Notes: This target CD was not distributed in North America, presumably. However,
I found my first copy in the used bins of a Los Angeles area CD store. Very scarce!
The title is German for The Neverending Story.