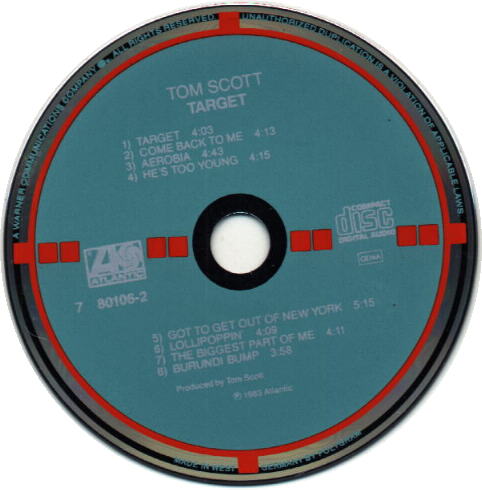 It doesn't look quite...er..on target, now does it? The silver paint is printed
askew on this ironically titled disc. Notes: This target CD is uncommon, but can be found with a little searching.
The POLYGRAM (a) disc was issued in Japan as 38XP-65 with the addition of a gold sticker obi.

(a) smooth frosted-top two-dimple case with "31" embossed on one tab, and "33" embossed
on the back portion, inside bottom center. Eight-prong disc tray embossed "Patents pending 33"