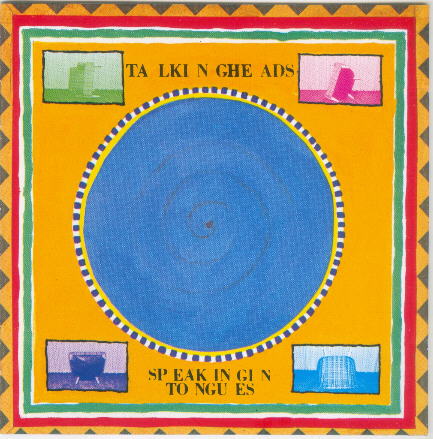 Rear tray insert "Printed in Japan" with barcode.
There are two slight variations of the back cover. On the one above, the corner
boxes are orange in color, and the number 23883-2 is printed on the inside of
the inlay, similar to inlays printed in West Germany. 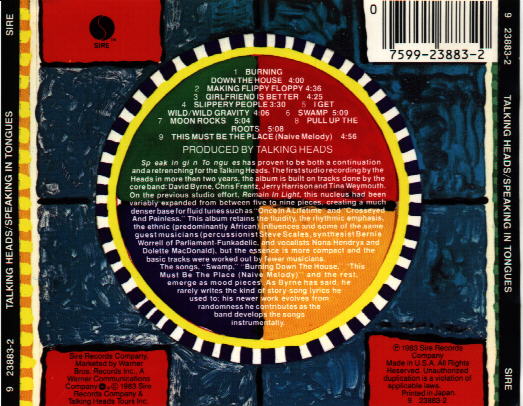 On this variation, the corner boxes are red in color, but not exactly the same
red as that in the center. Also, there is no number printed on the inside of the inlay.

Notes: This disc is fairly easy to find, with diligence.
Note that this disc contains the short (LP) versions of four songs. On later pressings
these four versions were replaced with the longer cassette versions. This Japanese
pressing, the West German target pressing, and a very hard to find USA (non-target)
pressing are the only CD sources for these short versions.

Jewel case info: (a M3E13) smooth frosted case with two long stopper bars, and "T2" is
embossed on the back. "3" is embossed on one tab.

(b M3E14 with flat blue inner squares) smooth frosted two-dimple case with "T2" is embossed on the back and on one tab.
Eight-prong disc tray embossed "Patents pending" and "T2"

(b -S5E15) smooth frosted-top two-dimple case with "T1" is embossed on the back and on one tab.
Eight-prong disc tray embossed "Patents pending" and "T4"