MADE IN | | WEST GERMANY (no manufacturer on disc).
Although this disc is on the Sire label, the color combination is the one
that is usually associated with the Warner Bros. label.
It may be a factory mistake, or an early version.
Matrix number: 7599 06095-2 2893 084 01 Rear tray insert "Printed in West Germany" without barcode.
"6095-2" is printed on the reverse. It is the same one issued with more common yellow disc in the USA. 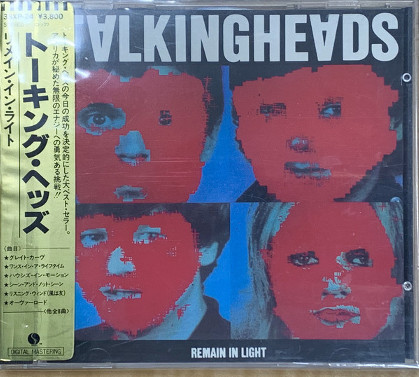 This target CD was issued in Japan as 38XP-24 with the addition of this gold sticker obi.
It seems likely that the more common yellow variation was also issued with the same obi,
but I haven't come across one yet.