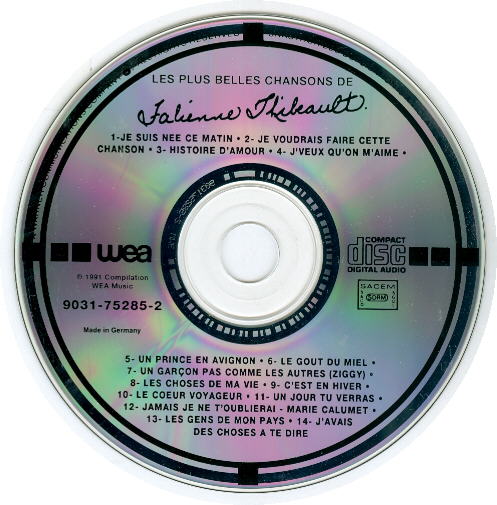 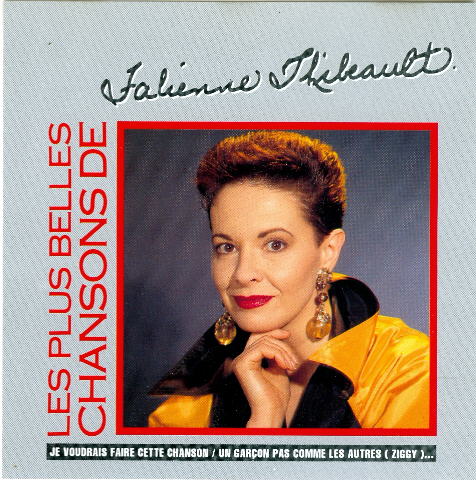 Front cover of the two-page front insert.
No manufacturing info is present. 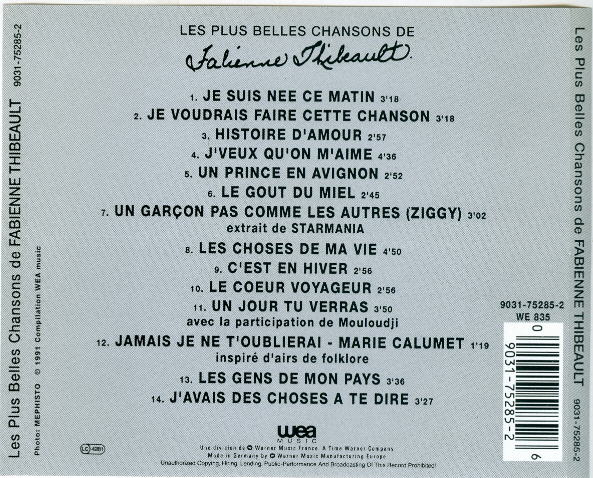 Rear tray insert with barcode
"Made in Germany by "W" Warner Music Manufacturing Europe"
The price code is "WE 835"
Nothing is printed on the reverse.

Notes: This target CD was probably only distributed in Europe, mainly in France.
It is fairly hard to find, even in France.
There is an earlier version of this title that was originally released on LP
in 1981 and on CD in the mid-to-late 1980s. It has a completely different
cover (no crazy earrings!), different catalog number, and different track
listing. I don't have a picture yet. Please visit www.thetargetcdcollection.com
or www.targetcd.net (I know! Not very original!) for details and pictures.