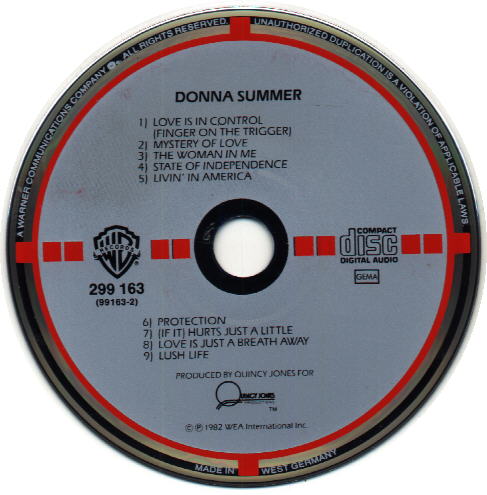 Rear tray insert "Printed in West Germany" without barcode.
"299 163" is printed on the reverse.
The paper inserts are slightly different for some copies of the disc variation without the mirror band.

Notes: This target CD was distributed internationally, but I have not yet determined
whether it was officially distributed in North America. Copies do occasionally
turn up in the US. Nevertheless, it is not exactly easy to find anywhere, plus you
will have to contend with rabid Donna Summer fans, should you locate a copy on eBay.
Be prepared to spend good money to add this disc to your collection.