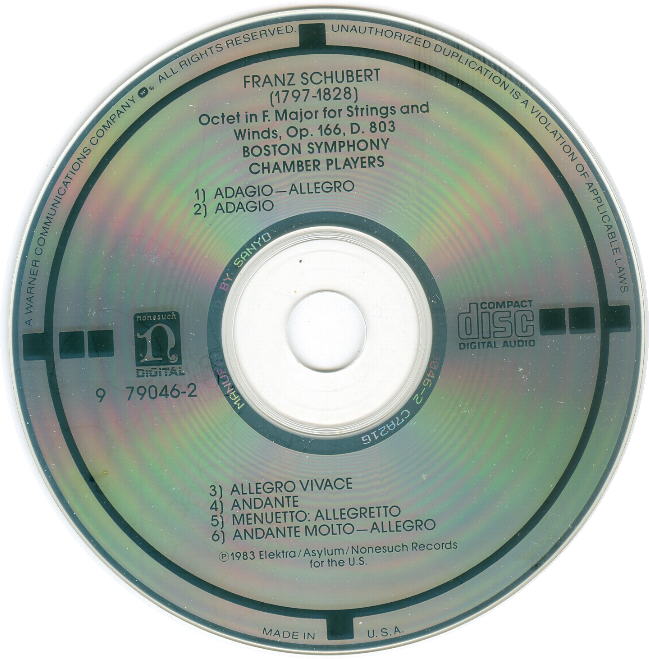 MADE IN | | U.S.A. along the bottom of the disc.
MANUFACTURED BY SANYO is found in the mirror band.
Matrix number: 979046-2 C7A21G
No variations that I know of, for this stock version.
See below for a Columbia House record club version. 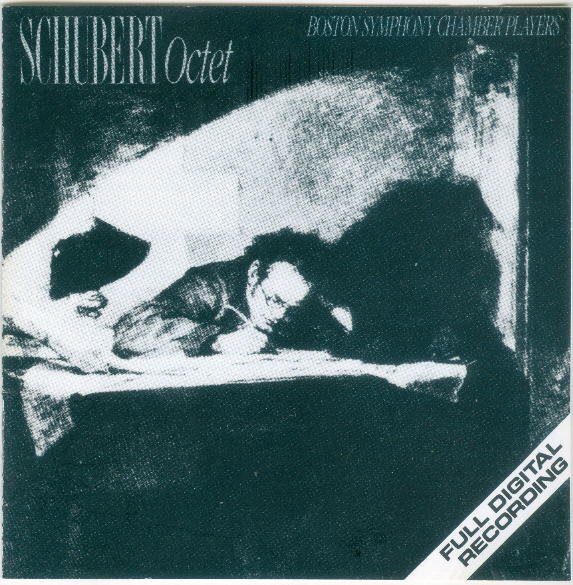 Rear tray insert "Printed in Japan by Sanyo" with barcode.
Most copies that I have seen come with this tray insert.
Nothing is printed on the reverse. 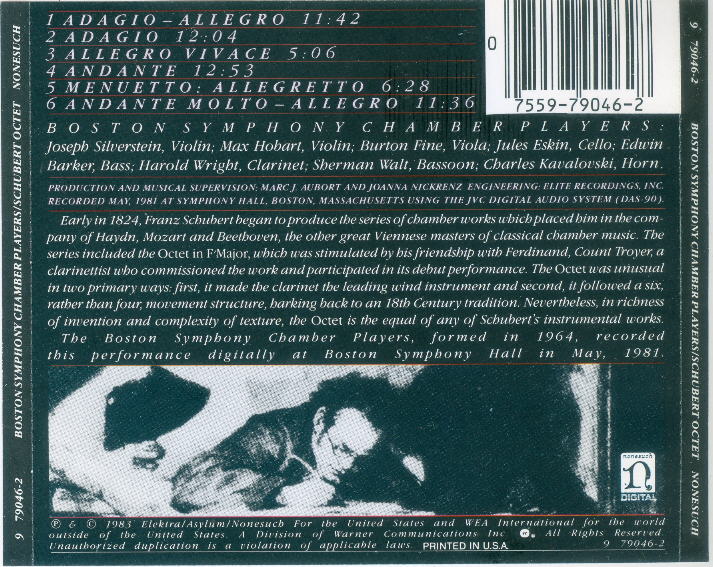 Rear tray insert "PRINTED IN U.S.A." with barcode.
Usually a non-target will be found with this rear insert, but occasionally one gets lucky!
Nothing is printed on the reverse. Columbia House record club version.
MADE IN U.S.A. | | BY DADC is printed along the bottom.
"Made in USA - Digital Audio Disc Corp." is embossed in the plastic center.
Note the "CRC" under the Compact Disc logo, and the new catalog number, E2 79046
as well as the pressing plant work number, DIDY 1727.
Judging by the matrix markings, I estimate this disc was manufactured in the late 1980's,
or possibly the early 1990's.
There are two later variations (not pictured yet) that replace "DIDY 1727" under the catalog number with
"DIDY 001727" indictating an even later pressing. One variation retains the text in the plastic center,
while the other has no text embossed in the plastic center. Rear tray insert "Made in USA" with barcode.
Only known back cover for the Columbia House version.
Identical to the stock back inlay, with the exceptions of the catalog numbers
on the wings, and the last line of type on the back, which replaces the words,
"Printed in Japan by Sanyo 9 79046-2" with "Manufactured by Columbia House under
license. Made in USA E2 79046"
Nothing is printed on the reverse.

Notes: This disc (either version) is very scarce.
There is also a target pressing for this title made in Japan. See the separate listing.