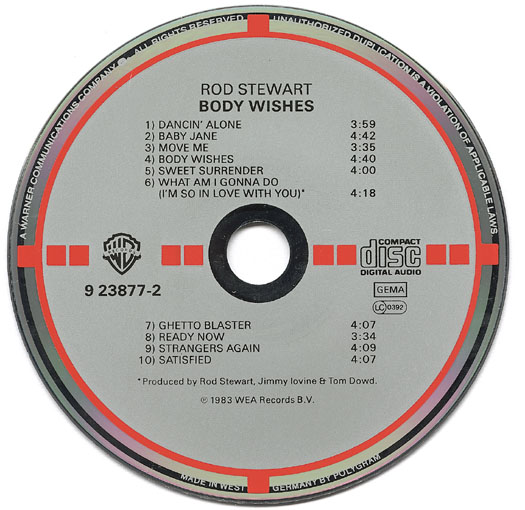 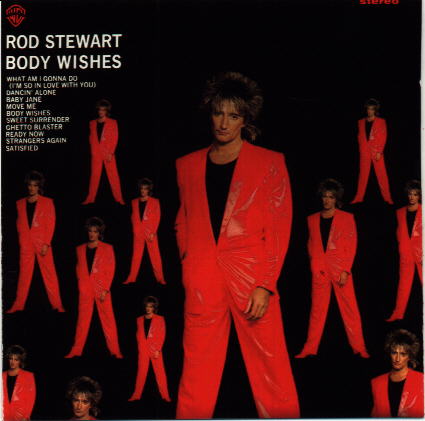 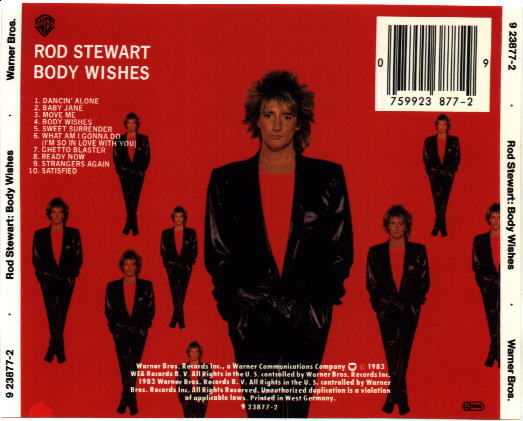 Rear tray insert "Printed in West Germany" with barcode.
"9 23877-2" is printed on the reverse.
Beware, as later non-target German pressings also come housed in this inlay.

Rear tray insert "Printed in West Germany." with barcode.
It also states "Manufactured in Germany a (sic) by Record Service GmbH, Alsdorf.
Nothing is printed on the reverse. The variations without POLYGRAM on the front
will be found with this rear tray card.
Later non-target German pressings also come housed in this inlay. See below.

Notes: This target CD was not officially distributed in North America, as far as I know.
The chances are small that you will find it in the used bins in the States.
It is not terribly easy to find in Europe, either. 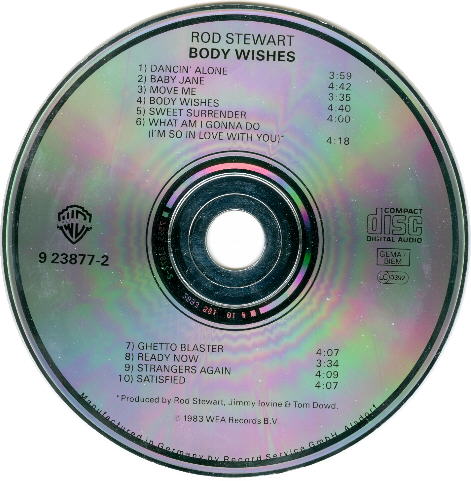 "Manufactured in Germany by Record Service GmbH, Alsdorf" at six o'clock.
Matrix number: 7599 23877-2 2893 581 01 # (same as the target)
Note the aluminum multi-layered center. The paper inserts are the same Alsdorf
inserts as those issued with the later POLYGRAM-less target variations
as shown and described above.