Here is an interesting factory error!
The outer perimeter print is missing. Front cover of the six-page foldout booklet. The catalog numbers on the booklet correspond
to the back inlay variations. Page four states
"Manufactured by PolyGram in Hannover, West Germany. Printed in West Germany." Rear tray insert "Printed in West Germany" without barcode, US catalog number is 02875 (in error).
The number printed on the inside of this inlay is 256 151.
The disc without the PDO notation can be found in this inlay. Rear tray insert "Printed in West Germany" without barcode, US catalog number is 03108. The number printed on the inside of this inlay is "256 151-2".
Disc variations (a) and (b) can be found lurking in this tray inlay. Rear tray insert "Printed in West Germany" and "Manufactured in Germany by Record Service GmbH, Alsdorf."
Nothing is printed on the reverse.
Disc variations (b) and (c) can be found lurking in this tray inlay.
Thanks to Kym for this scan and the next one. Sometimes this nifty sticker will be still attached to the front of the jewel case.
Kym found it with a POLYGRAM/PDO disc with Alsdorf tray inlay. 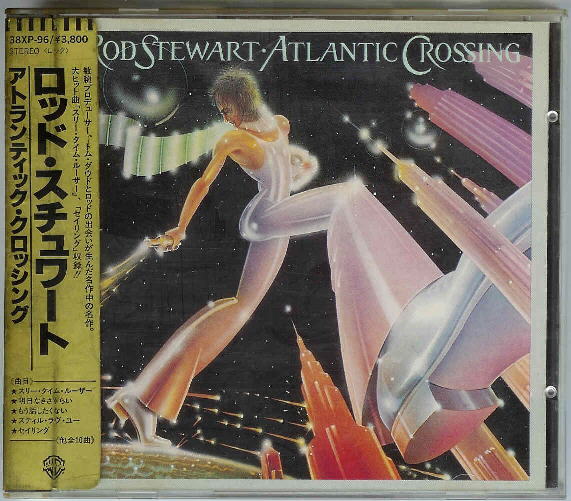 This exact same disc was issued in Japan with a sticker obi with a catalog
number of 32XP-96. That number appears only on the obi. Thanks to Jorge for the scan.

Notes: This disc is quite scarce. It appears to be primarily a European release,
based on the catalog number, and the fact that the disc has a LC bullet,
and the Hannover spelling in the booklet.
It does, however, turn up occasionally in the used bins in America.
Note that, while there are two entirely different US catalog numbers on the
back inlays above, the US catalog number on the discs is always (US: 03108-2).