Randy Newman
Trouble in Paradise
Warner Bros. 9 23755 (on inserts)
WB 9 23755 / DIDZ-10040 (on disc)
made in Japan for US and international markets
LP originally released in 1983
color scheme: black background (and outside squares) with silver stock knockout reticle and lettering
genre: rock 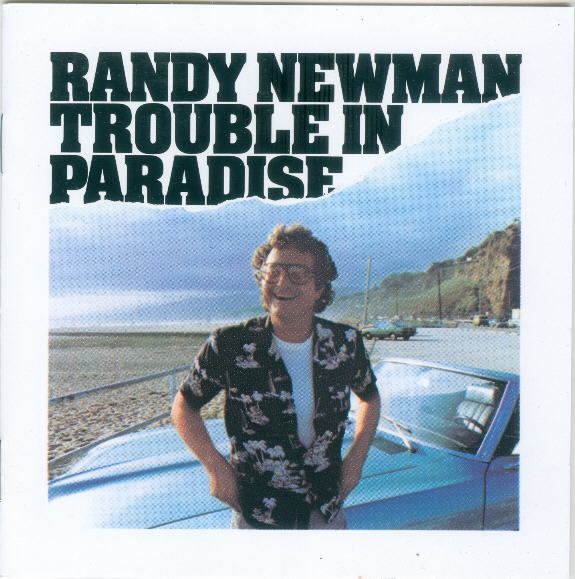 Note that the rear tray insert does not mention a country of manufacture.
There is a barcode. There is nothing printed on the reverse.

Notes: There are only a dozen or so copies of this target CD in collector hands that I am aware of.
At this time, I would have to rate this disc as scarce.

Jewel case info: smooth frosted-top case with two long stopper bars and "A1" embossed on the back and on one tab.