Ratt
Out of the Cellar
Atlantic 80143 (on disc)
Atlantic 7 80143 (on spines)
made in West Germany for US & international markets
color scheme: teal background with red reticle and silver paint lettering
genre: rock / metal
LP originally released in 1984 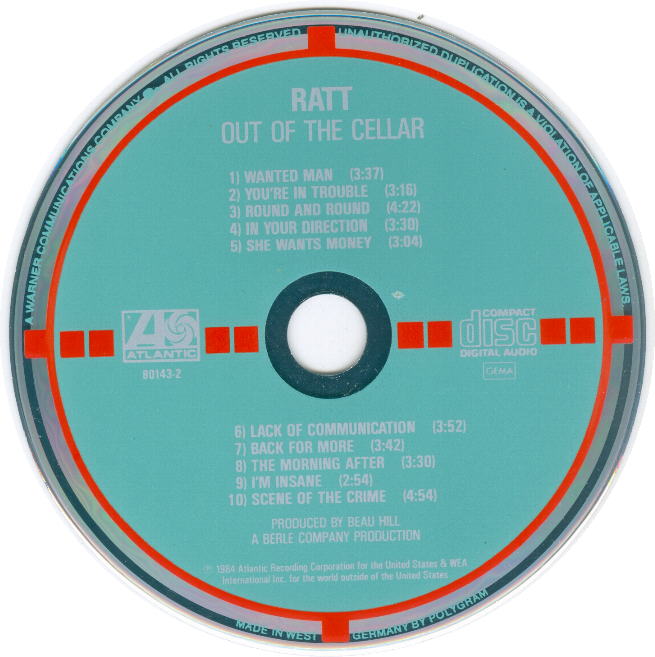 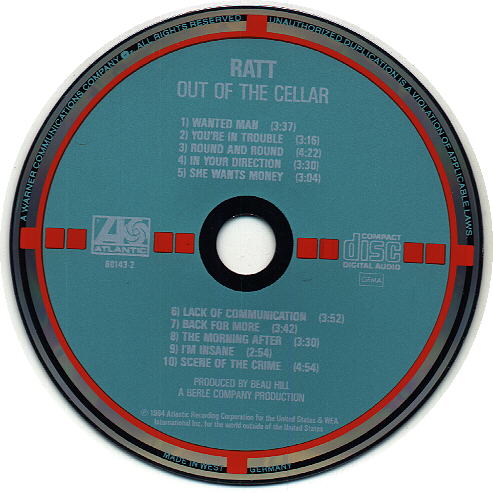 MADE IN WEST | | GERMANY on front, the back says MADE IN W. GERMANY BY PDO
around the center hole. This version was released in Europe.
Known suffixes: AP 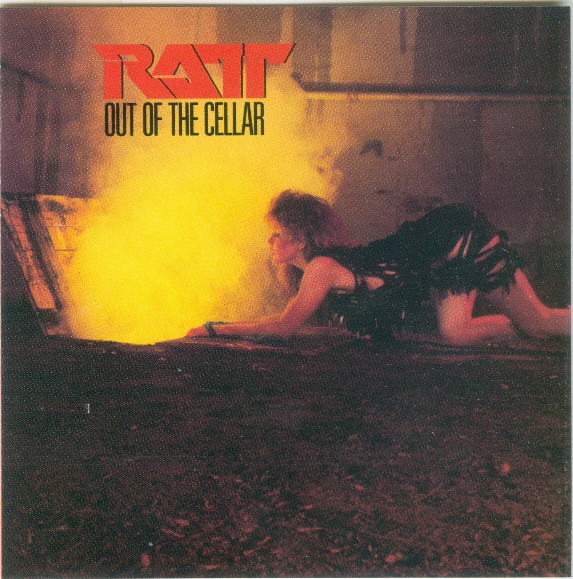 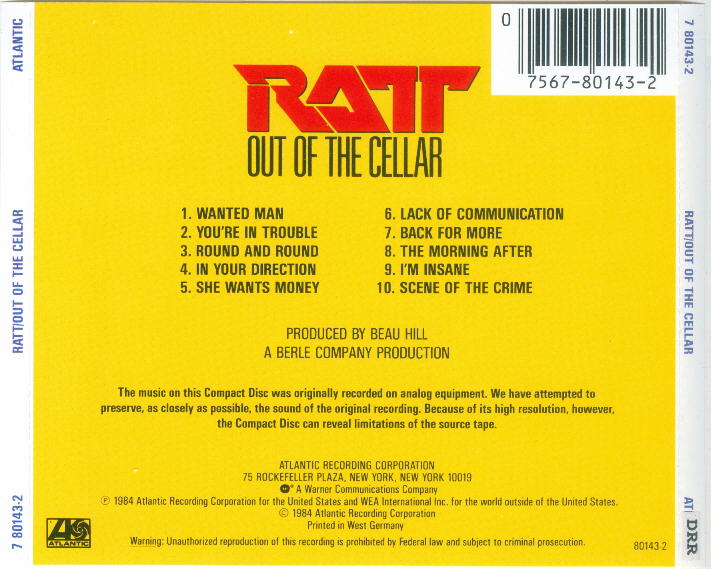 Rear tray insert "Printed in West Germany" with barcode.
This inlay is found with the POLYGRAM disc variation.
"780 143-2" is printed on the reverse. 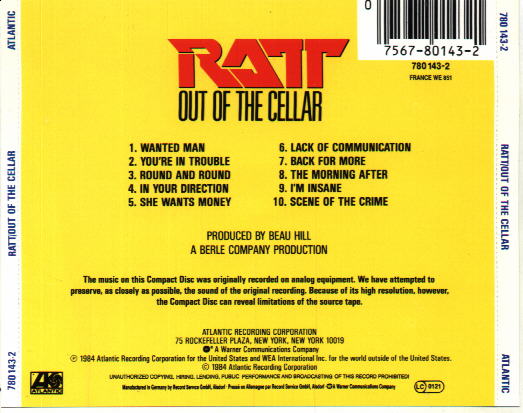 Rear tray insert "Manufactured in Germany by Record Service GmbH, Alsdorf.
This inlay is found with the PDO disc variation. Note that
the wings also reflect the European catalog number.
Nothing is printed on the reverse. There is no manufacturing info in the accompanying booklet.

Notes: This target CD is uncommon, but can be found with a little searching.
Like most heavy metal target discs, this is hard to find in decent condition.
It appears that many metalheads like to bang their CD's, along with their heads!

(POLYGRAM issued in Japan) heavy ridged-top six-tab two-dimple case with
"42" is embossed on one tab, and "24" is embossed on the back portion, inside bottom center.
Eight-prong disc tray embossed "Patents pending 33" 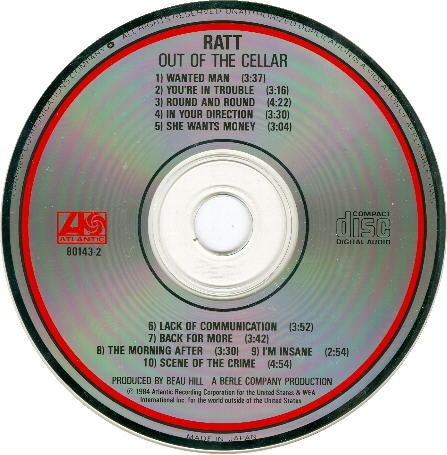 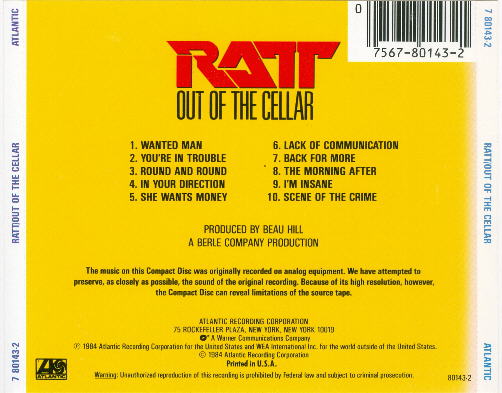 Rear tray insert "Printed in U.S.A." with barcode.
Nothing is printed on the reverse.
The six-page foldout booklet states "Printed in U.S.A.
Manufactured by PolyGram in Hanover, West Germany" on page five.
Leftover remnants from the target booklet, I presume.
This USA rear tray card has also been reported with a target CD inside.
I have not encountered that pairing yet myself.