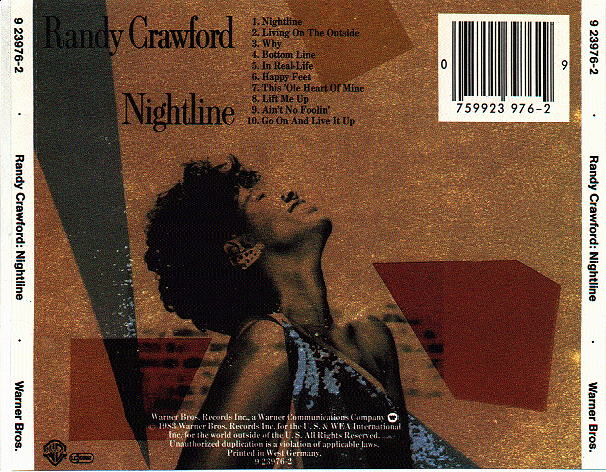 Rear tray insert "Printed in West Germany" with barcode.
One spine faces out and the other faces in.
This rear inlay most commonly contains this target CD. Rear tray insert "Printed in West Germany" with barcode.
Note the spines on this alternate inlay. Both face out. Thanks to Uli for this scan.
"9 23976-2" is printed on the reverse.
This target CD can also be found with a tray card where both spines face in. I don't have a picture yet.

Notes: It is probable that this target CD was not officially distributed in the US.
It is much easier to find in Europe.