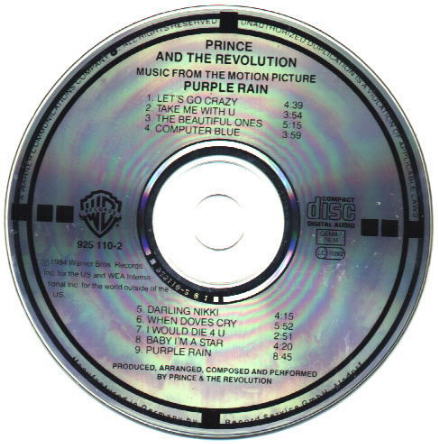 "Manufactured in Germany by Record Service GmbH, Alsdorf."
Matrix number: 925110-2 @ 1
This copy has nothing embossed in the plastic center.
No major variations are known.
However, there are a number of minor variations involving a large number embossed in the center.
"2", "4" and "6" are known.
Of more important note, there is also a variation with a metallic center. I don't have a picture yet. 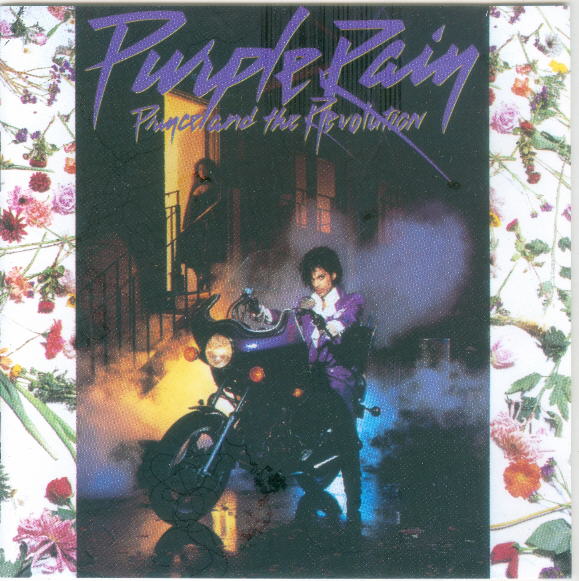 Front cover of the twelve-page booklet.
No manufacturing info is offered. 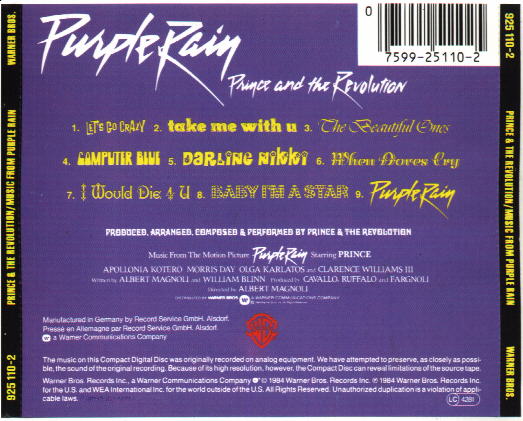 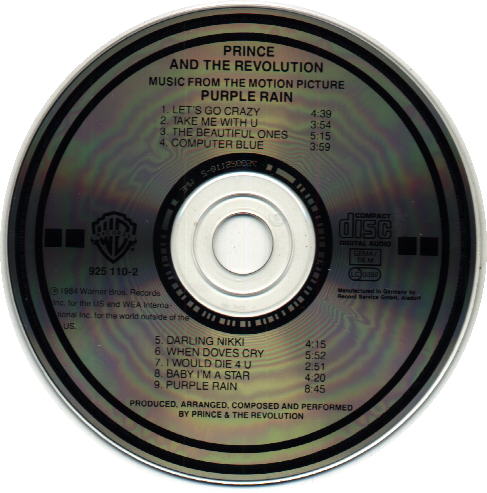 This "half-target" version was also issued in Europe. There are at least two pressings.
This one says "Manufactured in Germany by Record Service GmbH, Alsdorf" on
the disc face and has the catalog number 925 110. 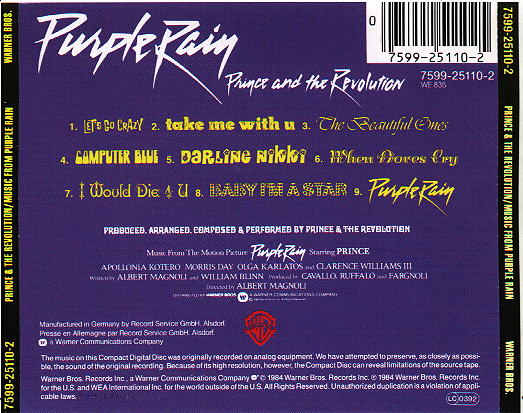 This is the rear tray insert for the half-target above. Note the catalog number is not
exactly the same as on the disc. Hard to see in this scan is the partially visible
words "Printed in France" near the bottom. Evidently, the half-target is the
successor to the French target. See the separate listing. This is another, even later version of the "half-target" also issued in Europe.
This one says "Made in Germany" at 6 0'clock and has tiny perimeter print in English, German and French.
The catalog number is now 7599-25110-2. The matrix info is "759925110-2 WME" plus lots of various rectangles.
A large "7" is embossed backwards in the plastic center on the obverse, and a tiny "IFPI 080C"
is embossed on the reverse. My guess is this was issued circa 1994-1996. This is the rear tray card for the above half-target.
It reflects the new catalog number, and adds the French price code "WE 835".
"Manufactured in Germany by Record Service GmbH, Alsdorf.
Pressé en Allemagne par Record Service GmbH, Alsdorf."
Again, hard to see in this scan are the obscured words "Printed in France"
near the bottom. The LC "bullet" obscures the old catalog number.
Nothing is printed on the reverse.

Notes: This disc (German target CD) is very hard to find, even in Europe.
Apparently, it had a small press run, despite the multiple variations, before being superceded by the half-target version.
The half-target versions are very common, and may be still available at retail.