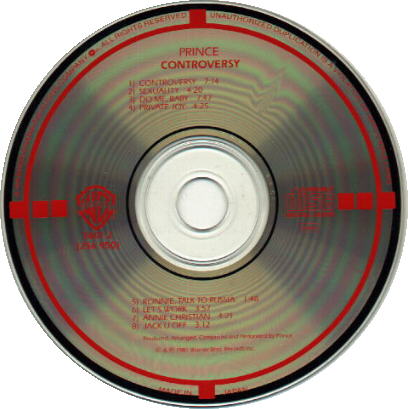 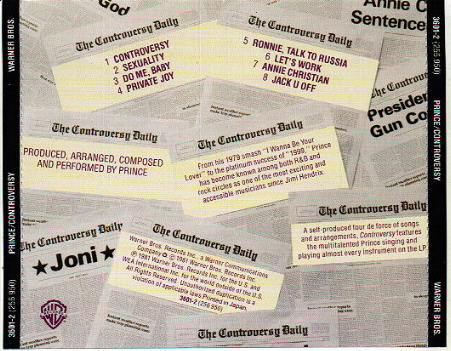 Rear tray insert "Printed in Japan" with no barcode.
"3601-2" is printed on the reverse of some copies, and nothing on other copies.

Notes: This target CD is fairly common, but auction prices tend to be inflated
due to competition with Prince fans. In Japan, this title was issued as 38XP-48,
with the addition of a gold sticker obi. I don't have a picture yet.