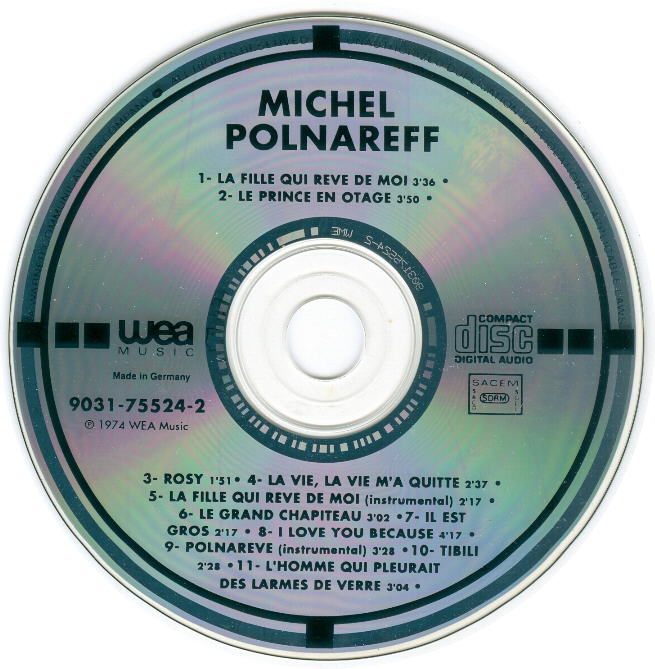 "Made in Germany" by Warner Music Manufacturing Europe
Matrix number: 903175524-2 WME (plus a series of boxes)
Stamped in the plastic center: a stylized "W" and "IFPI 0527"
There also exists a multitude of minor variations involving the presence, or lack of the "W" in the plastic center,
various IFPI codes (or lack thereof) and various numbers (or lack thereof) in the hub area in a variety of combinations. Front cover of the four-page booklet.
No manufacturing information. 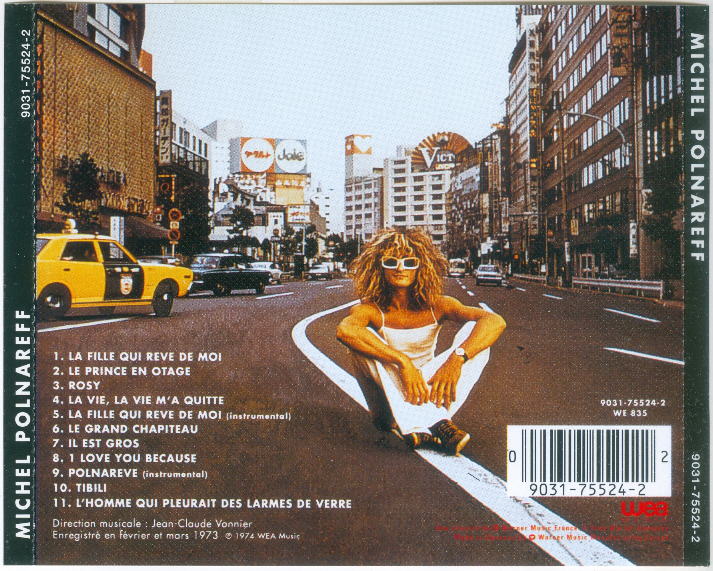 Rear tray insert "Made in Germany by Warner Music Manufacturing Europe" with barcode.
Nothing is printed on the reverse.

Notes: This disc is not terribly hard to find in France.
There is a half-target version that is much easier to find.
There is also a Japanese target CD of this title that was manufactured in Korea!
See separate listing for details.