Patti Austin
Every Home Should Have One
Qwest 3591-2 (256 931)
made in West Germany for the US & Europe
color scheme: light blue background with dark blue reticle and black lettering
genre: R&B often found in rock, pop, jazz, or even country sections in some stores
LP originally released in 1981 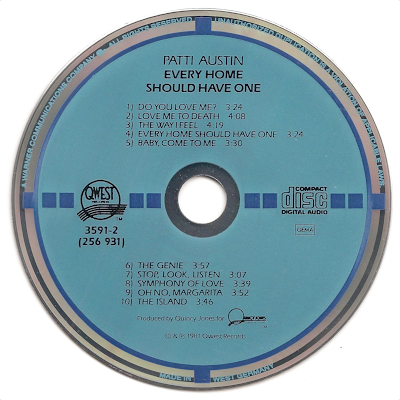 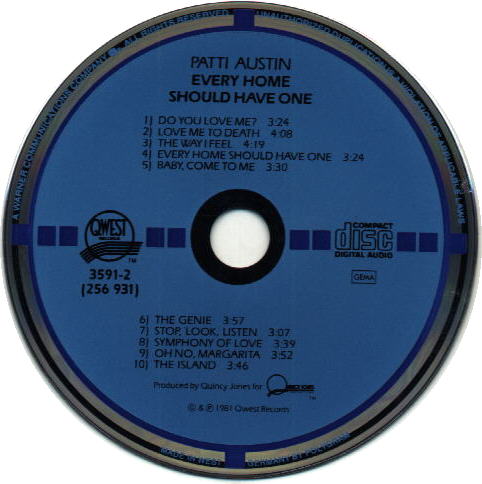 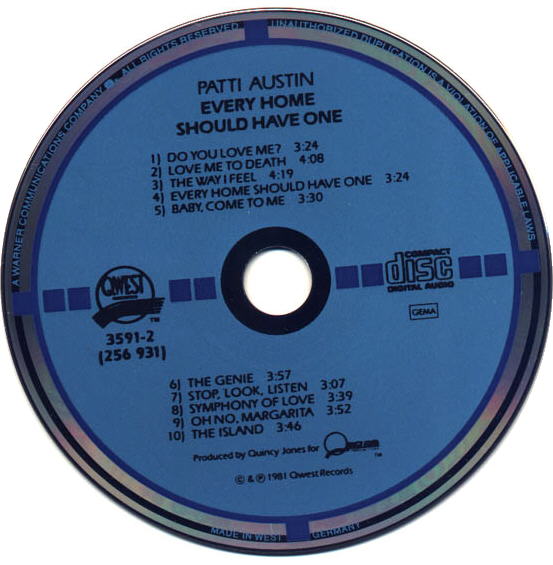 MADE IN WEST | | GERMANY on disc front. Note the break is between WEST and GERMANY.
Nothing is etched around the center hole.
Matrix number: 7599 03591-2 2893 268 03
Known suffixes: AH
Previously, I stated that there was a PDO inscription on this disc variation. Apparently, I was wrong.
Although there SHOULD be such a disc, I have no evidence of its existence. Sorry about that!
To be clear (I hope), I am aware of four disc variations of this target CD. 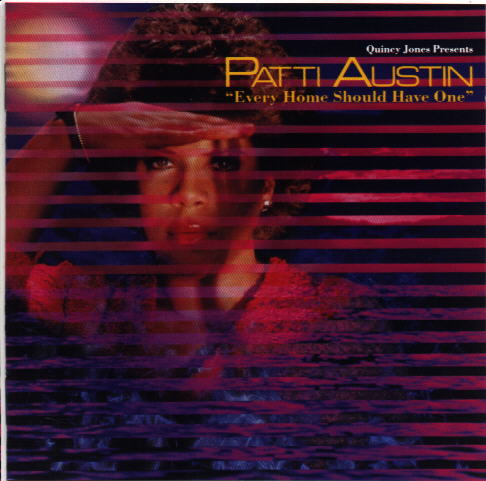 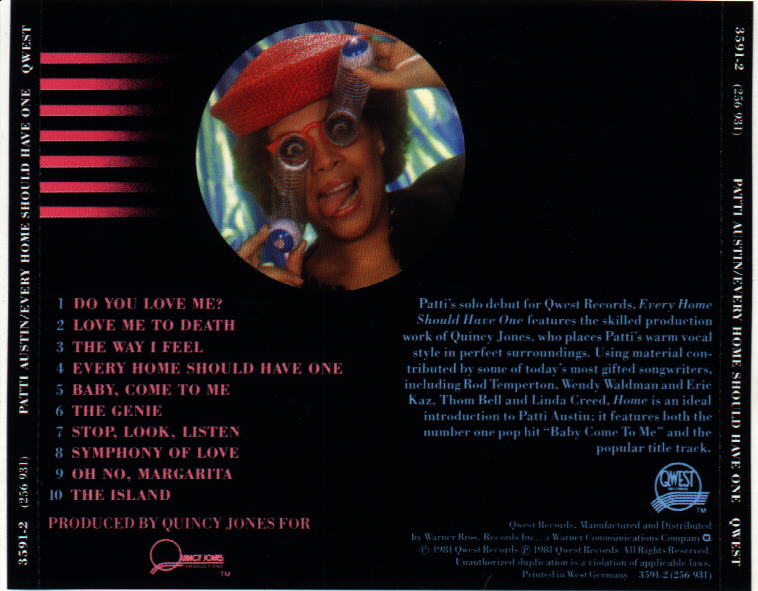 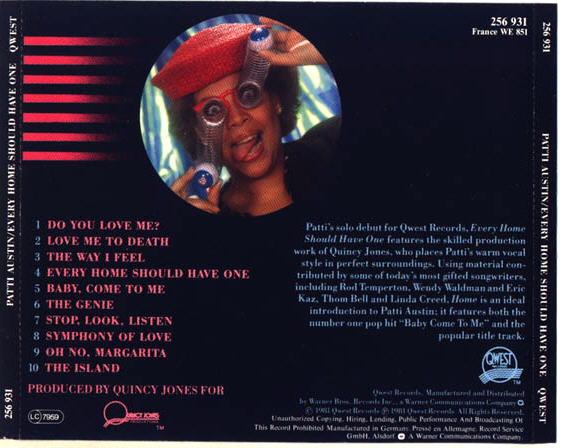 Rear tray insert, "Manufactured in Germany. Record Service GmbH, Alsdorf" no barcode.
Found with MADE IN WEST | | GERMANY disc variation, released in Europe. Note the catalog numbers on the spines.

Notes: This disc is not common, but shouldn't be too hard to find.
Thanks to Uli in Germany for some of the scans.