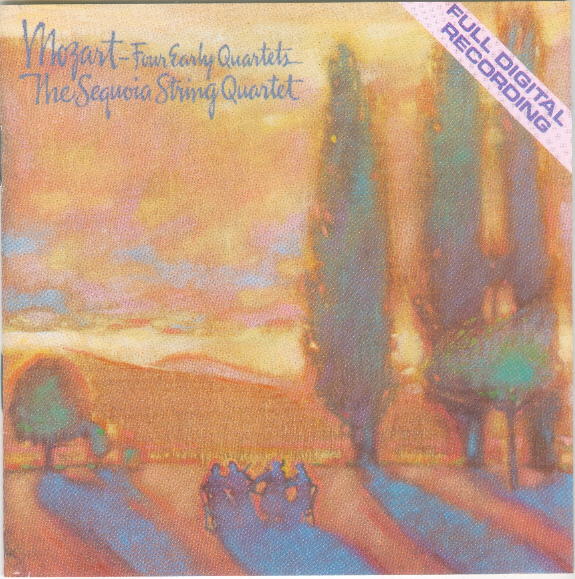 Rear tray insert "Printed in Japan by Sanyo" with barcode.
Nothing is printed on the reverse.
This same back cover was also used for non-target Japanese pressings (see below),
so be sure to check the disc before buying.

Notes: This CD is scarce, as are most Nonesuch target discs. MADE IN | | JAPAN
This is the Japanese non-target disc referenced above. Note that is has spacing to
accomodate the target design. This actually pre-dates the target CD.
Coillectors often refer to these as "Pre-targets."
Matrix info: MANUFACTURED BY SANYO JAPAN WNR79026 309211
It comes with the same paper inserts as the target CD.
It is housed in a smooth frosted two-dimple case with "Patent pending" and "S" embossed on the back.
No other markings. Eight-prong disc tray embossed "Patent pending S"