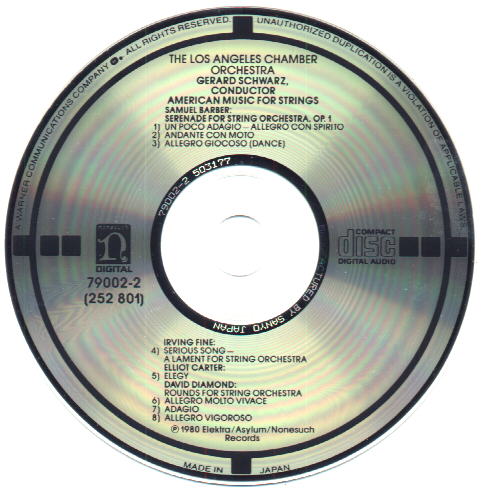 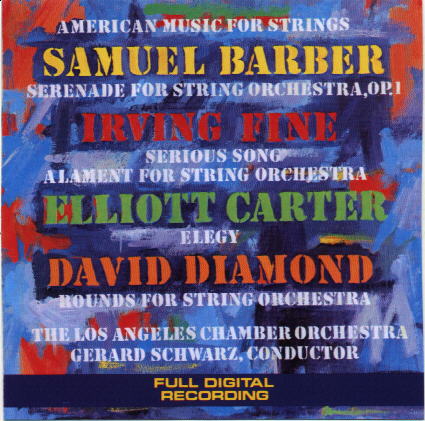 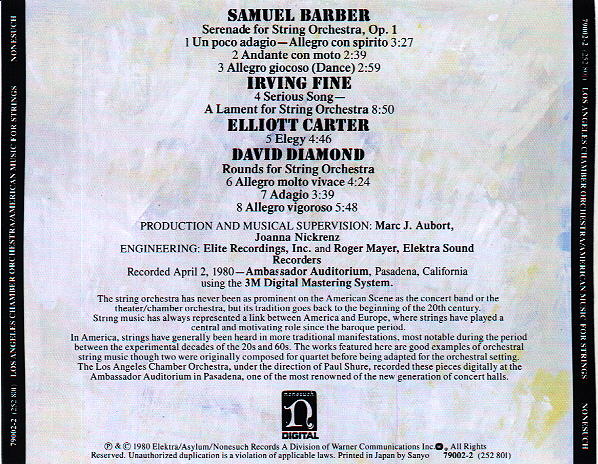 Rear tray insert "Printed in Japan by Sanyo" without barcode.
Nothing is printed on the reverse.
Some later pressings come with USA inserts with a barcode, so don't ignore those!

Notes: This target CD is scarce, as are most Nonesuch target discs.