MADE IN WEST | | GERMANY BY POLYGRAM
Matrix number: 7599 60289-2 2893 848 01 # (all target disc variations have the same matrix number)
Known suffixes: V [JJ]
Rarely, this can be found without the "squiggle" in the Elektra logo.
Known suffixes: W
This disc face was issued in Europe with "MADE IN W. GERMANY BY PDO" etched
around the center hole. 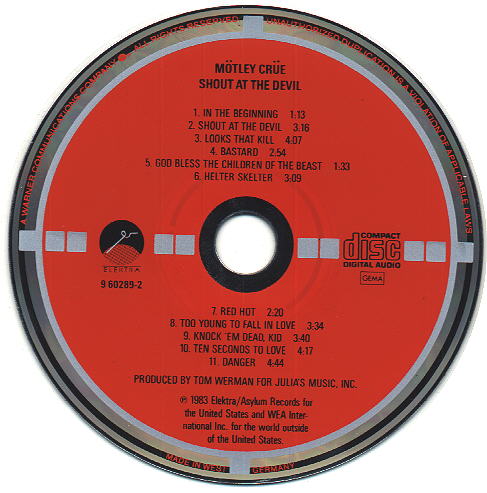 MADE IN WEST | | GERMANY on disc front,
MADE IN W. GERMANY BY PDO is etched around the center hole.
Known suffixes: AH
These are the only four (black letter) disc variations that I am aware of. Front cover of the twelve-page booklet
"Manufactured by PolyGram in Hanover, West Germany
Printed in West Germany" is found on page eleven. 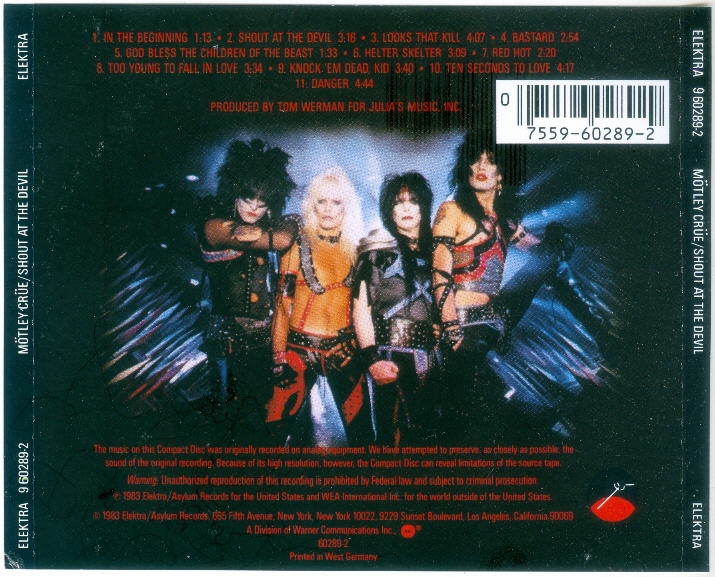 Notes: This target CD is very hard to find, especially in nice condition.
The variation without black lettering is much harder! See separate listing. 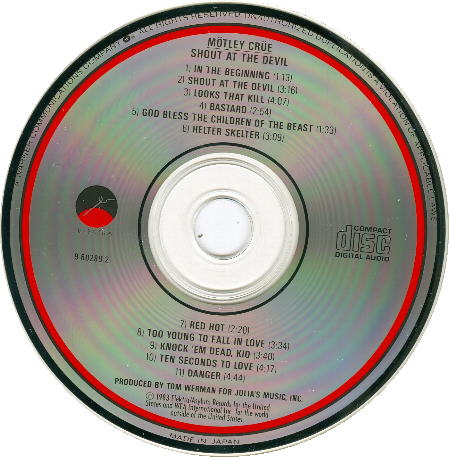 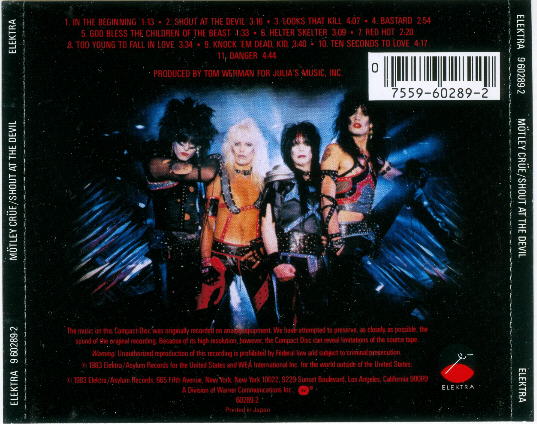