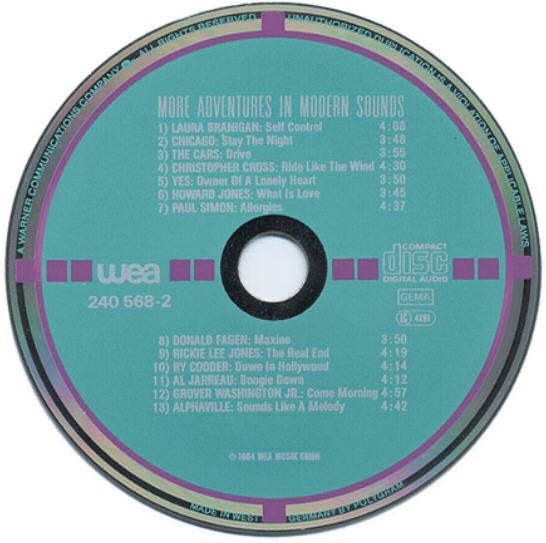 Front cover of the extra insert that came with this disc.
It is a catalog of WEA family Compact Discs available in Europe as of September 1984. Notes: This disc is very uncommon.
The track listing is similar to, but not the same as, the promotional disc by the same name.