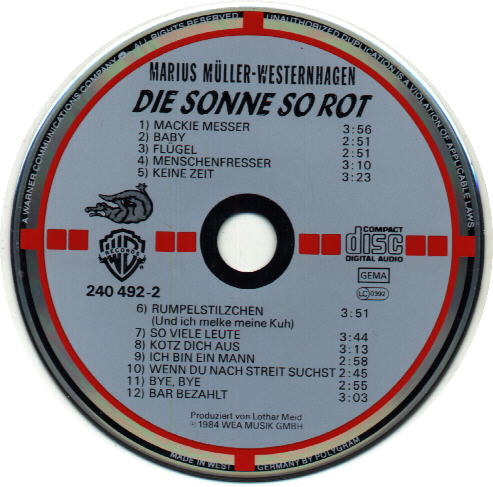 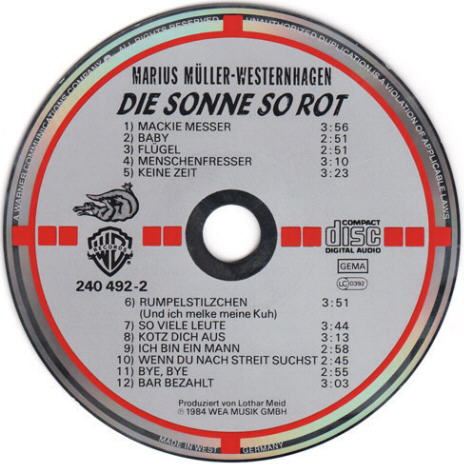 MADE IN WEST | | GERMANY on front,
MADE IN W. GERMANY BY PDO is etched around the center hole.
These are the only two disc variations that I am aware of. 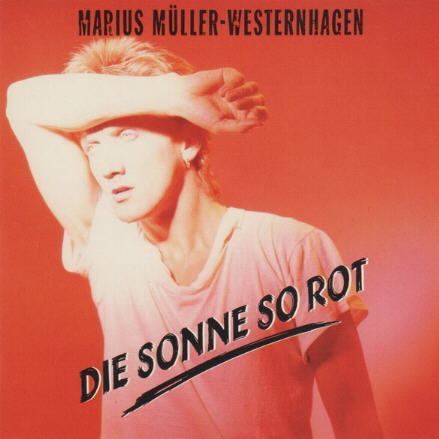 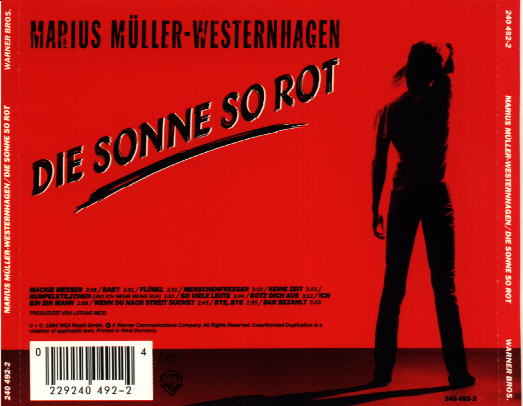 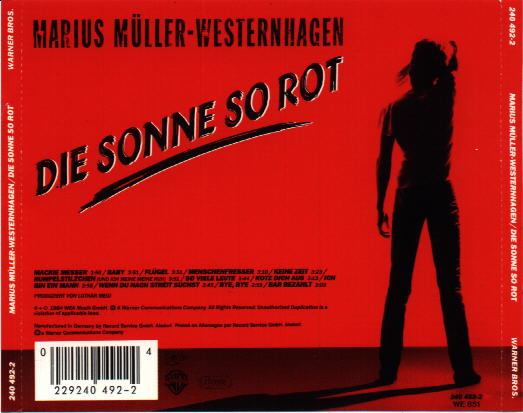 This rear tray insert says, "Manufactured in Germany by Record Service GmbH. Alsdorf,"
with barcode. Both disc variations can be found in this tray inlay. Be sure to check the disc
before purchasing, as later non-target pressings also come with this tray insert.

Notes: This target CD was only issued in Europe, mainly in Germany.
It is not easy to find, even in Germany.
Thanks to Kym for some of these scans.