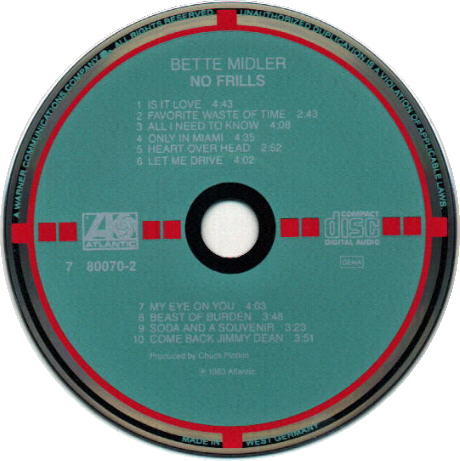 Front cover of the eight-page booklet.
No manufacturing or printing information is offered. Rear tray insert "Printed in West Germany." with barcode.
All WG target variations can be found with the same tray inlay.
"7 80070-2" is printed on the reverse.

Notes: This disc is uncommon, but can be found with patience.