Front cover of the twelve-page booklet.
Pretty much the same as the USA issue (not a target!) except there is no mention of a
country or manufacturer, and "32XD-325" is added to page twelve. All writing is in English. Rear tray insert, "Printed in Japan." without barcode.
Nothing is printed on the reverse. 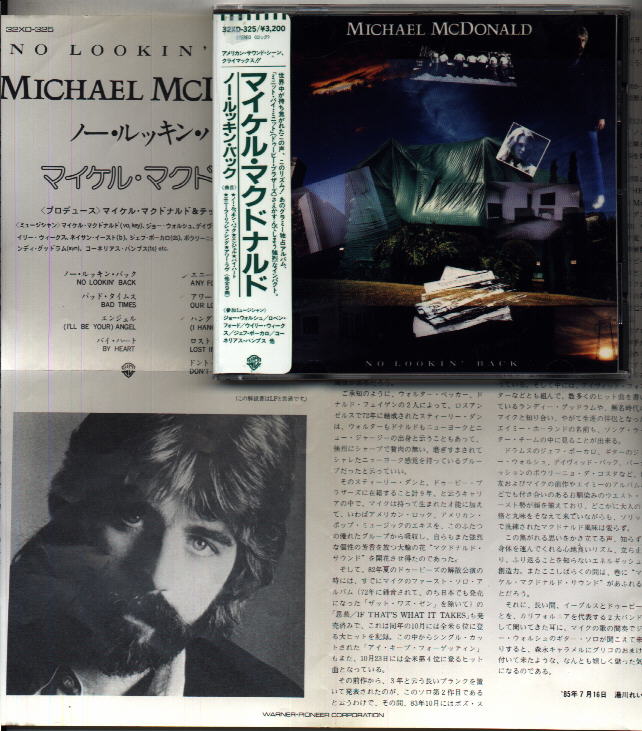 This is what this CD looks like closed, with sticker obi strip attached.
In the background is the Japanese lyric sheet.

Notes: This target CD was only distributed in Japan, and will be hard to find anywhere else.
It is very scarce in Japan, as well.
This is one of those rare titles, in that it is an American title issued in Japan as
a target disc, but not elsewhere, as far as I know. There are West German and Japanese
pressings of this title for distribution worldwide, but they are plain
silver stock discs with black printing. See below. MADE IN WEST JAPAN at 6 o'clock.
"Made in Japan. Mfg. by Sanyo" at 9 o'clock.
Matrix info: MANUFACTURED BY SANYO JAPAN 25291-2 508212
Sanyo Japan also manufactured discs for USA distribution. Rear tray insert "Printed in USA." with barcode.
All three above discs were distributed in the USA with this rear tray card.