Matt Bianco
Whose Side Are You On
WEA 240 472
made in West Germany for European market
color scheme: teal green background with purple reticle and silver paint lettering
genre: rock / pop
LP originally released in 1984 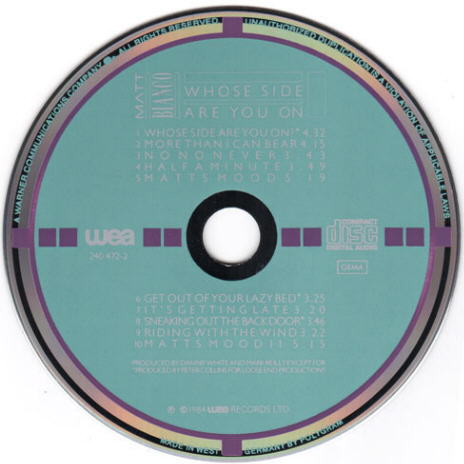 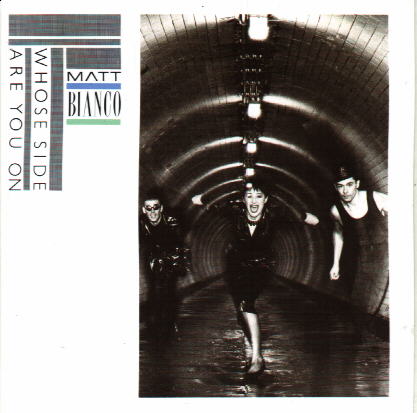 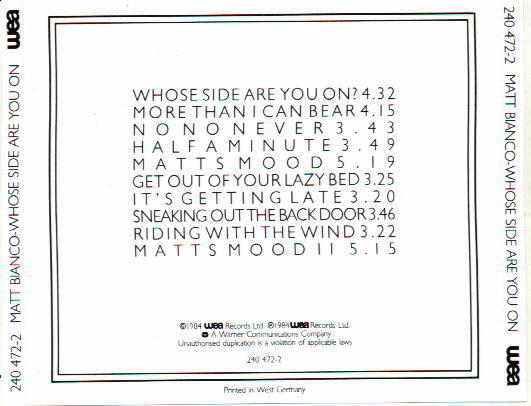 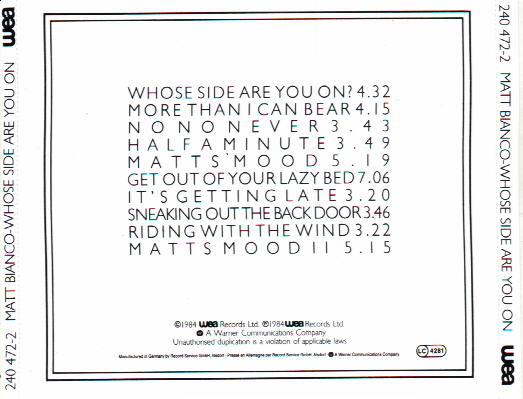 This rear tray insert says, "Manufactured in Germany by Record Service GmbH, Alsdorf"
also without a barcode. The PDO variation can be found with this tray inlay.
The booklet no longer mentions where it was printed. Later non-target
pressings also turn up with this inlay. Note that this inlay contains an error:
the timing of track 6 is listed as 7:06, instead of the correct 3:25.
The disc plays this track at 3:25.

Notes: Matt Bianco is the name of the band, not a person. It seems that many
record store employees don't know this, so Matt Bianco CDs are frequently
alphabetized under B, instead of M, just as Jethro Tull CDs are frequently found
in the T section. Sheesh! This target CD was not officially distributed in North America
so it will not turn up in the States very often. It is not terribly hard to find in
Europe with a little searching. Matt Bianco was Basia's first group, and her fans
often drive up the price of this CD.