Madonna
Madonna
Warner Bros. 9 23867 (on spine)(Sire on back cover)
Sire 9 23867 (on disc)
made in Japan for US market
color scheme: red background with silver paint reticle and lettering
genre: pop/rock
LP originally released in 1983 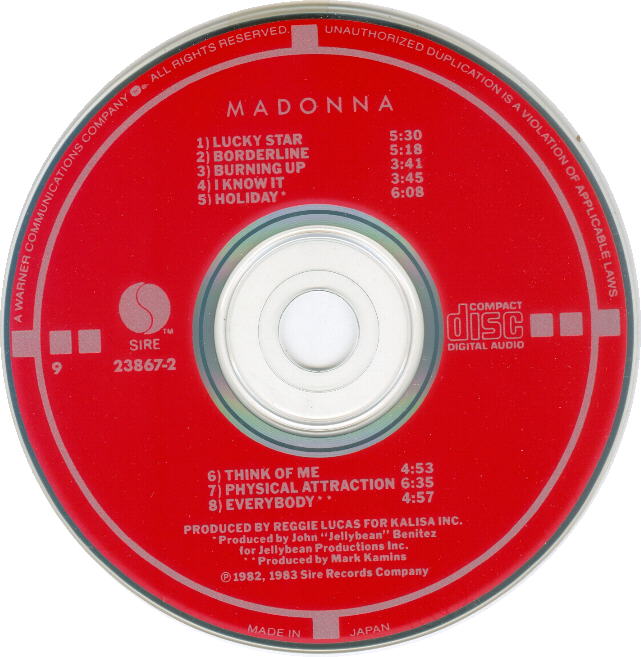 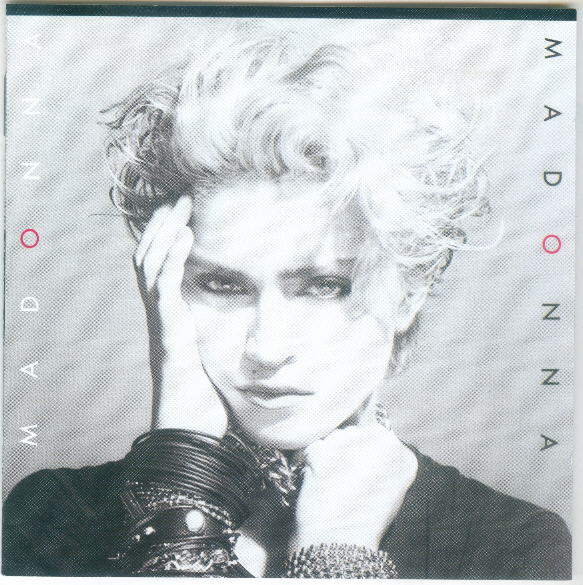 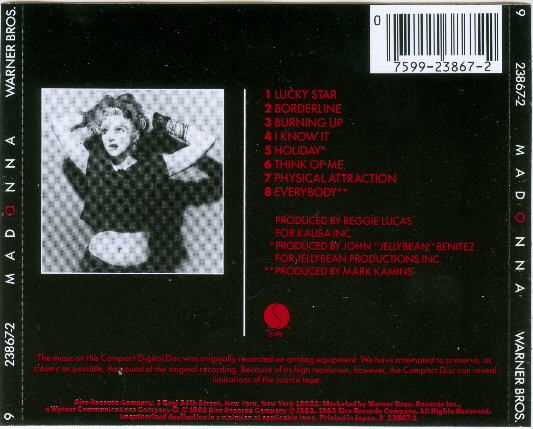 Rear tray insert, "Printed in Japan" with barcode.
"23867-2" is printed on the reverse.
Occasionally, this target CD can also be found with West German inserts.
See seperate entry for details.

Notes: This disc is much harder to find than the West German pressing.
Not impossible to find, but it does present a challenge.

(Japan inserts) smooth frosted two-dimple case embossed "T2" on the back and on one tab.
Eight-prong disc tray embossed "Patents pending" and "T1" 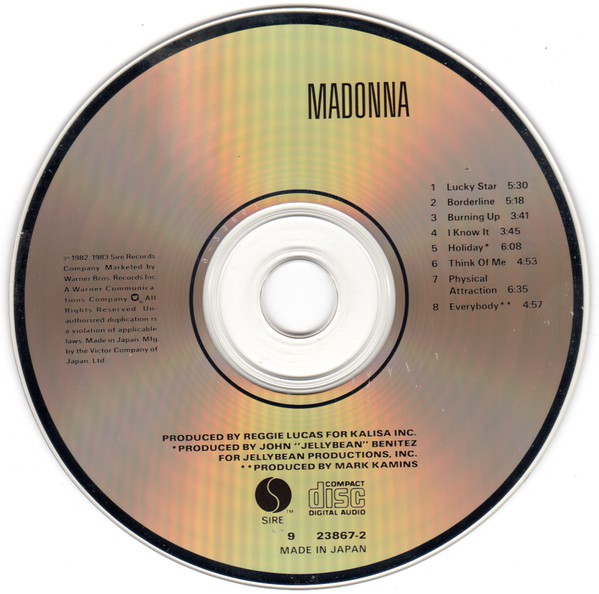 Same as above except for the addition of "MADE IN JAPAN" at 6 o'clock.
Why? I don't have a clue! Known matrix number: 9-23867-2-T9E13
Other matrix numbers are certainly possible. Sire (Japan) 32XD-318
MADE IN JAPAN, claims MADE BY WARNER-PIONEER CORPORATION, JAPAN,
but it is manufactured by CBS/Sony.
Matrix number: 32XD-318 11A5 +++++, with barcode-like stuff.
There is one tiny CSR embossed in the plastic center. Minor variations are probable.
Page eleven (of 12) of the booklet states "Printed in Japan." This is the package with sticker obi attached.
The one-sided four-panel foldout Japanese insert is in the background.
That red "244" in the corner? That doesn't belong there!

See the listing for the West German target disc for more interesting early
CD pressings of this title.