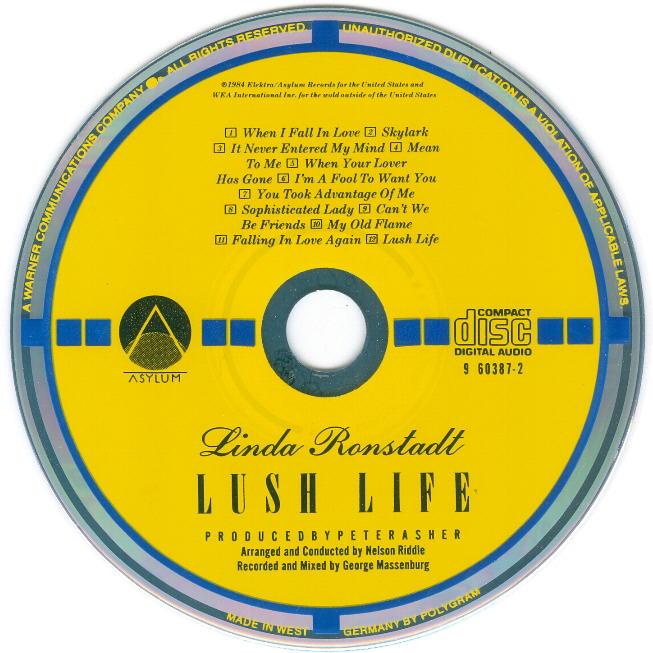 MADE IN WEST | | GERMANY BY POLYGRAM
This is the common version. There is also a scarce disc variation with the
wrong color/logo combination. See the separate listing. 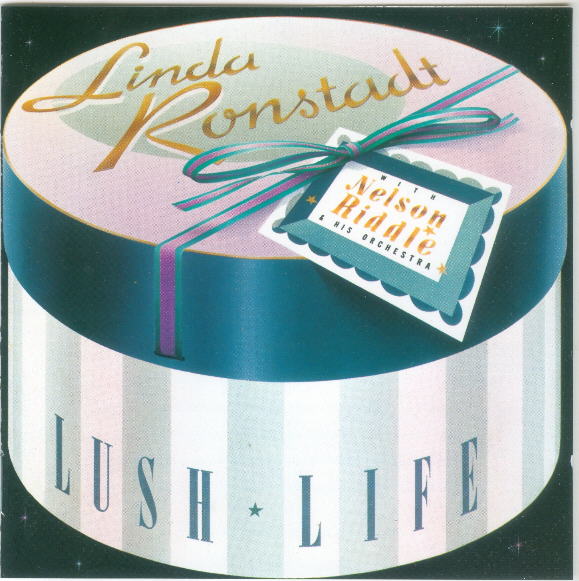 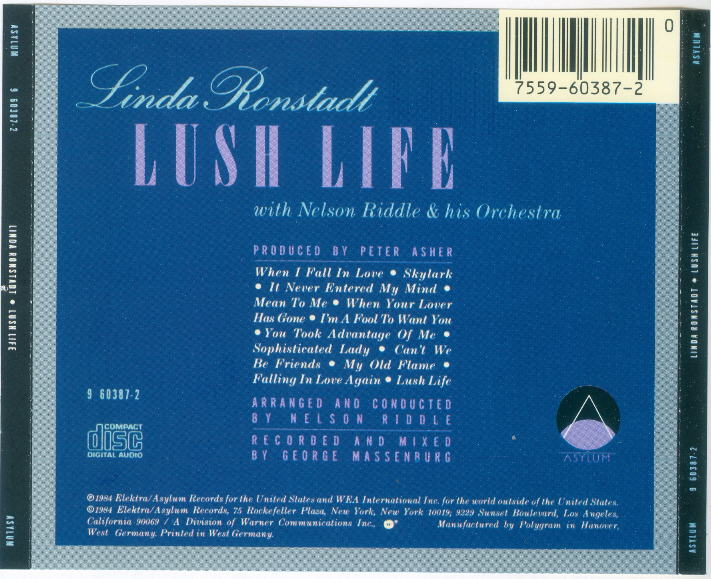 Rear tray insert "Printed in West Germany" with new Asylum logo, and barcode.
On the reverse is printed "960 387-2"
The POLYGRAM / PDO, and the MADE IN WEST | | GERMANY / PDO disc variations, both of which
were most likely only issued in Europe, come with "Manufactured in Germany..." inserts. 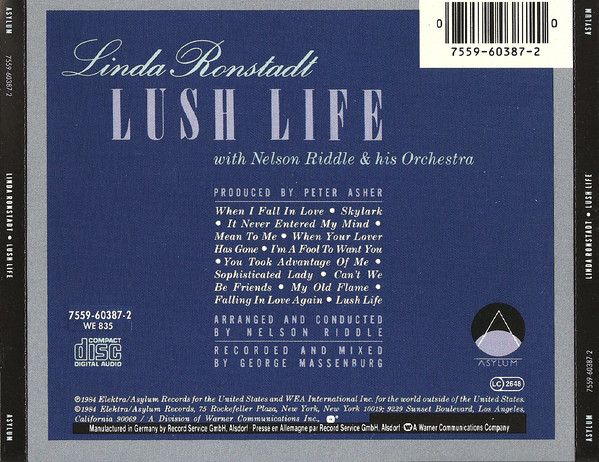 Rear tray insert "Manufactured in Germany..." with barcode.
The POLYGRAM / PDO (without mirror band) disc variation was most likely only issued in
Europe, and later copies come with this tray card.

Notes: This target CD is fairly common. The light blue / purple target disc variation,
on the other hand, is quite scarce. 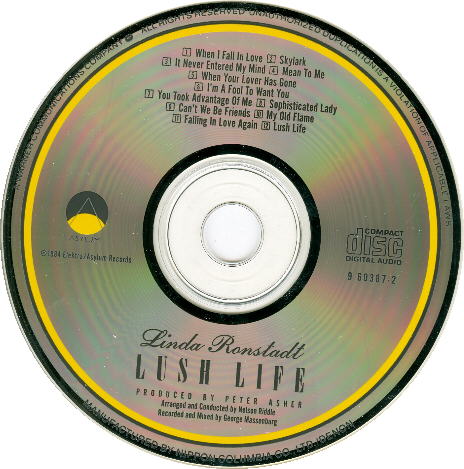 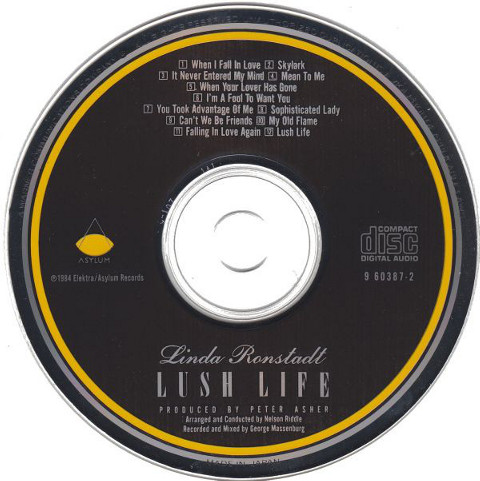 "MADE IN JAPAN" (by CTA) at six o'clock.
Matrix number: X-107 1A1
Note the unusual paint on this disc: black background, with yellow highlights and
silver stock knockout lettering. 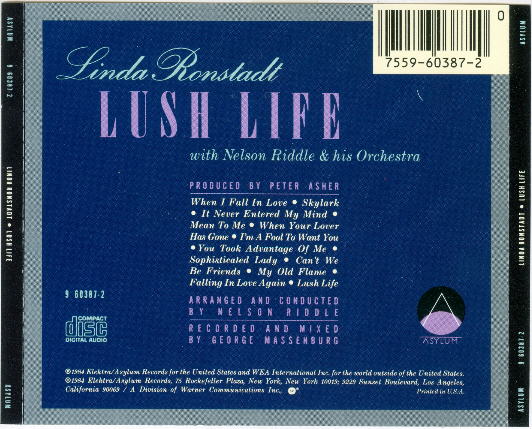 Rear tray insert, "Printed in U.S.A." with barcode.
This tray card comes with both the above Japanese pressings.
You might also find a US pressing, so be careful.