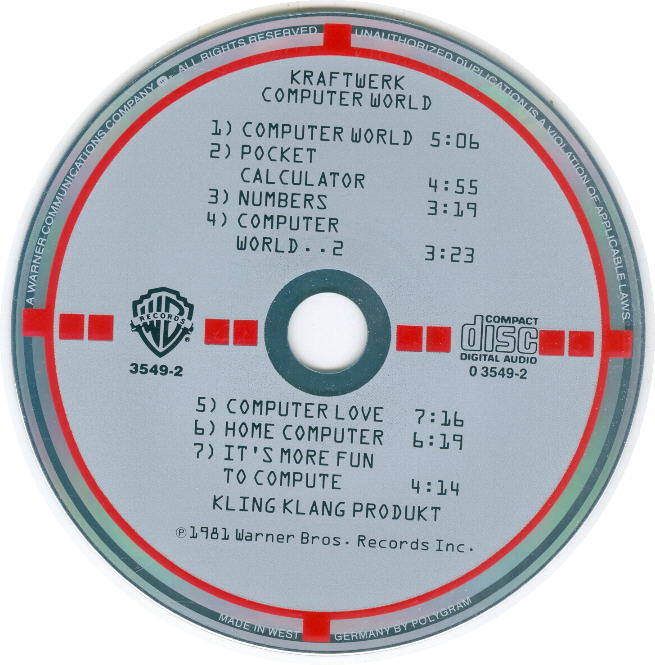 Rear tray insert, "Printed in West Germany" without barcode.
Only tray insert known to contain this target disc, and I am not aware of any later non-targets paired with it.
On the reverse is printed "3549-2" in a computer-ish font. Those guys!

Notes: This target CD is uncommon to scarce.

(03. matrix) smooth frosted two-dimple case with "32" embossed on one tab and "34" embossed on the back
portion, inside bottom center. Eight-prong disc tray embossed "Patents pending 13"