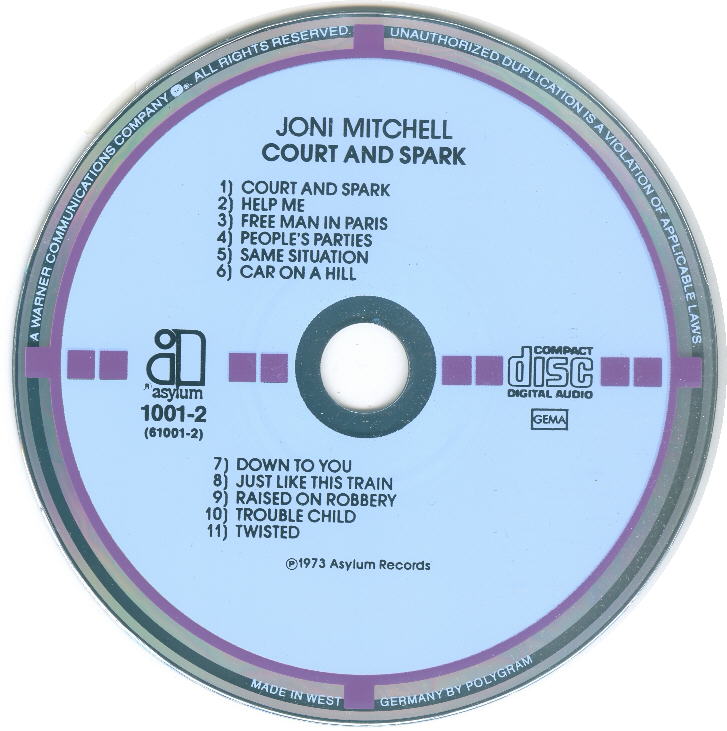 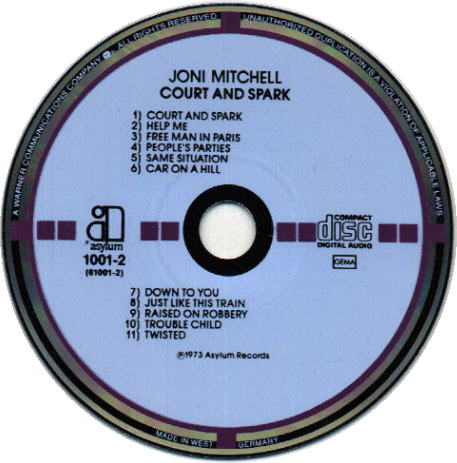 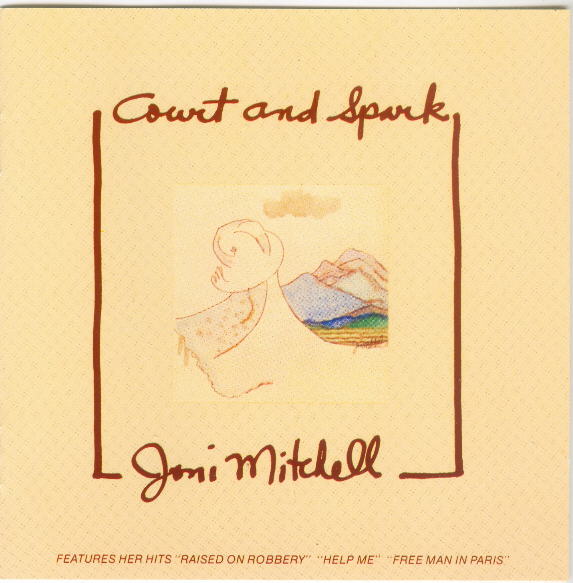 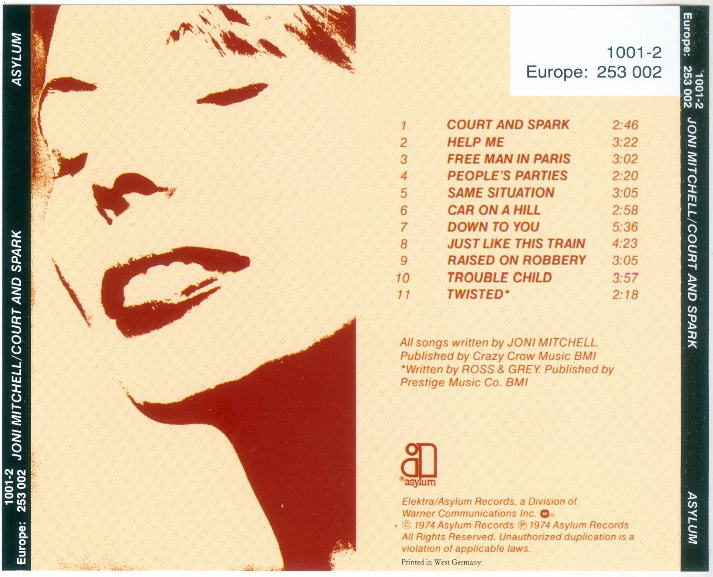 Rear tray insert, "Printed in West Germany" without barcode, but has white box
containing catalog numbers (x). The catalog numbers on the spines
match those in that white box. On the reverse is printed "1001-2"
Disc variations (c) and (d) are found with this rear inlay. Rear tray insert, "Printed in U.S.A." without barcode (y).
The spines now read: 1001-2 // EUR 253 002. Nothing is printed on the reverse.
Disc variations (d) and (f) are found with this rear inlay.
Japanese JVC non-target pressings, and perhaps early USA pressings, can also be found with this tray card.

Notes: This target CD is uncommon, but can be found without too much trouble.
The POLYGRAM version seems to be more common than the other variations.

(POLYGRAM [no letters]) ridged six-tab, two dimple, "122" is embossed on one tab and "123" is embossed on
the back portion, inside bottom center. Eight-prong disc tray embossed with "Patents pending 4.4"

(POLYGRAM [no suffix]) smooth frosted two dimple, "23" embossed on one tab, and "53" embossed on the back portion,
inside bottom center. Eight-prong disc tray embossed with "Patents pending 4.1"