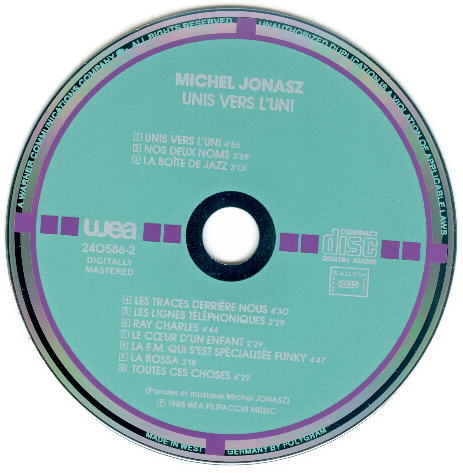 MADE IN WEST | | GERMANY BY POLYGRAM with outer mirror band (a).
Matrix number: 240 586-2 2895 313 01 # (same for all target pressings)
Known suffixes: A E [TD], X
There are also two variations of this disc that say MADE IN WEST | | GERMANY, also with
outer mirror band (not pictured). One (b) has nothing etched around the
center hole, while the other (c) has MADE IN W. GERMANY BY PDO etched
around the center hole.
Known suffixes: (b) AO, (c) unknown Front cover of the eight-page booklet.
No manufacturing info is present. 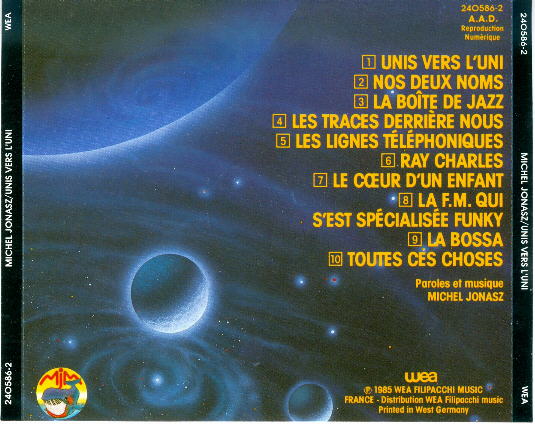 Notes: This target CD was probably only distributed in Europe, mainly in France.