"Manufactured in Germany by | | Record Service GmbH, Alsdorf" along the bottom.
Matrix number: 240810-2 @ 3 (same for all German RS target pressings)
A large "10" is embossed in the plastic center (a).
There are at least a few minor variations of the above, all involving the text embossed
in the plastic center. The following have been reported, though others may exist:
(b) a large "2"
(c) concentric-ringed aluminum center with no number 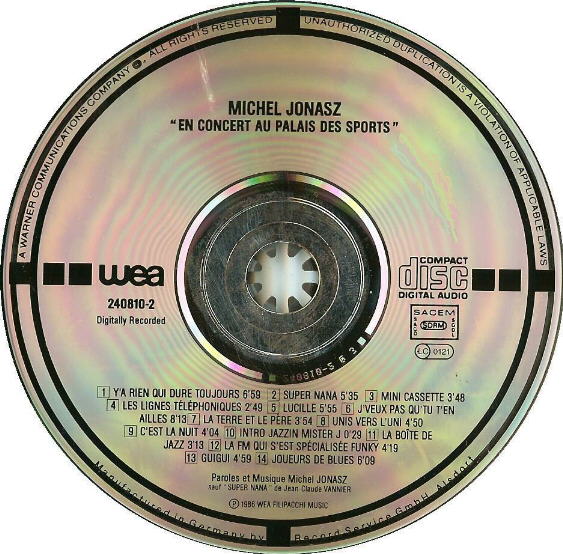 Here is a picture of variation (c). Front cover of the twelve-page booklet.
No manufacturing info is present. 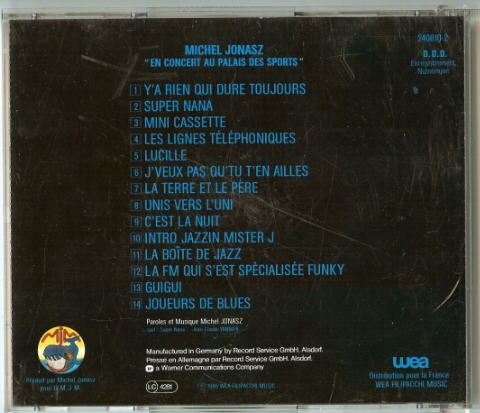 Rear tray insert as seen through the jewel case.
Much like the earlier tray card that was issued with the West German pressing,
with the addition of an LC bullet and the wording,
"Manufactured in Germany by Record Service GmbH, Alsdorf."

Notes: This target CD was probably only distributed in Europe, mainly in France.
Visit www.thetargetcdcollection.com for more pictures. Hi Theo!