Howard Jones
Dream Into Action
WEA / Elektra 240 632-2 US: 9 60390-2
made in US for US market
color scheme: teal background with purple reticle and black lettering
genre: rock
LP originally released in 1985 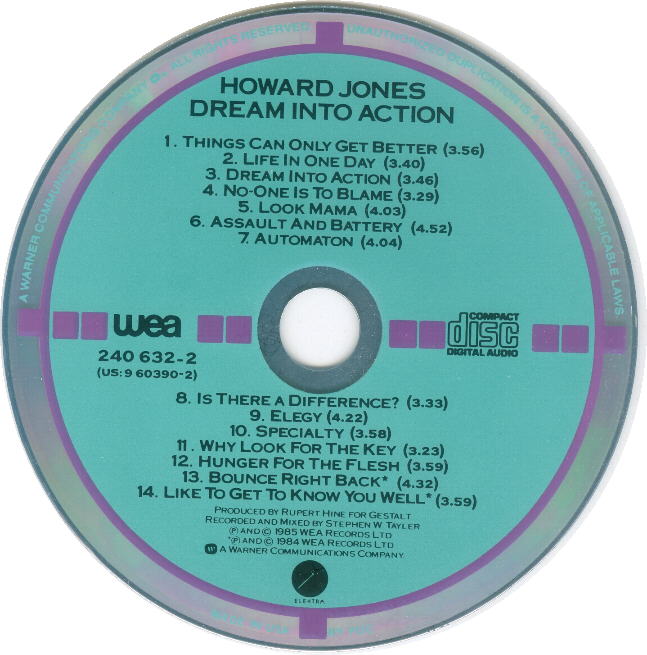 Rear tray insert "Printed in U.S.A." with barcode.
This same insert can also be found with other US (target and non-target) pressings, West German targets
and Japanese non-target pressings. Whew! There is nothing printed on the reverse.

Notes: This target CD is very scarce.
There is also a version of this disc with a purple background and another variation that resembles the West German target CD.
See the separate entries.