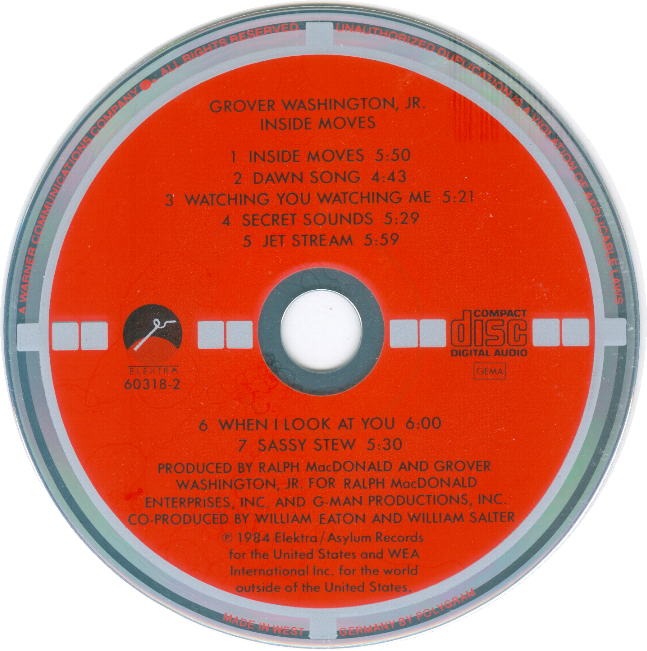 MADE IN WEST | | GERMANY BY POLYGRAM
There exist minor color variations in the reddish-orange paint, ranging from
the thick matte paint that is seen on most West German target discs, to a thinner
glossy candy apple orange, almost iridescent paint.
I have found most copies with the matte finish (a), while a variation with
MADE IN W. GERMANY BY PDO (c) or MADE IN W. GERMANY BY PDO HANOVER (d) etched around the center hole
has the glossy iridescent finish.
Matrix number: (no PDO) 7559 60318-2 2895 041 03 #
Known suffixes: (no PDO) none, AH, (PDO HANOVER) BR, (PDO) CA
Another POLYGRAM disc variation that is missing the silver paint squiggle in the Elektra logo also exists (b).
Known suffixes: BF 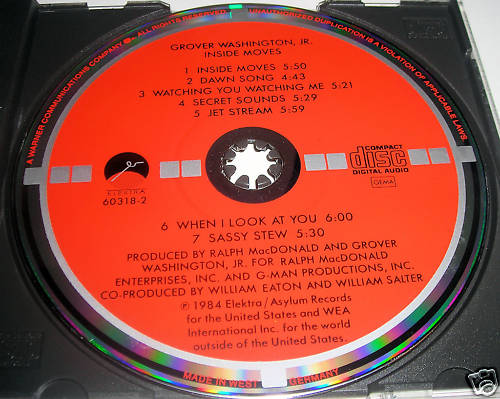 MADE IN WEST | | GERMANY on the front and
MADE IN W. GERMANY BY PDO etched around the center hole (e). 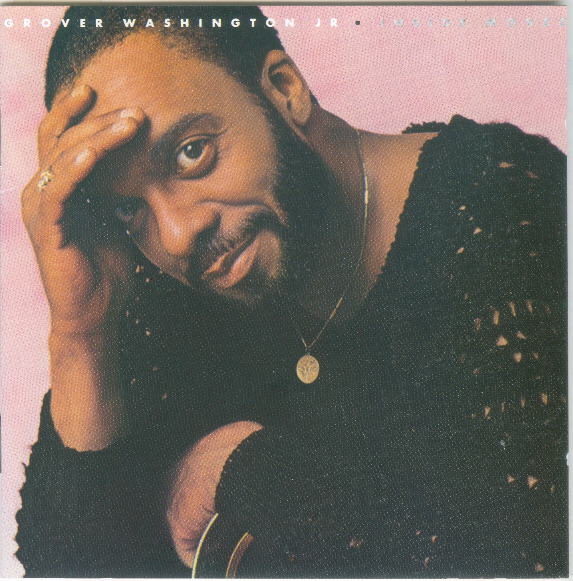 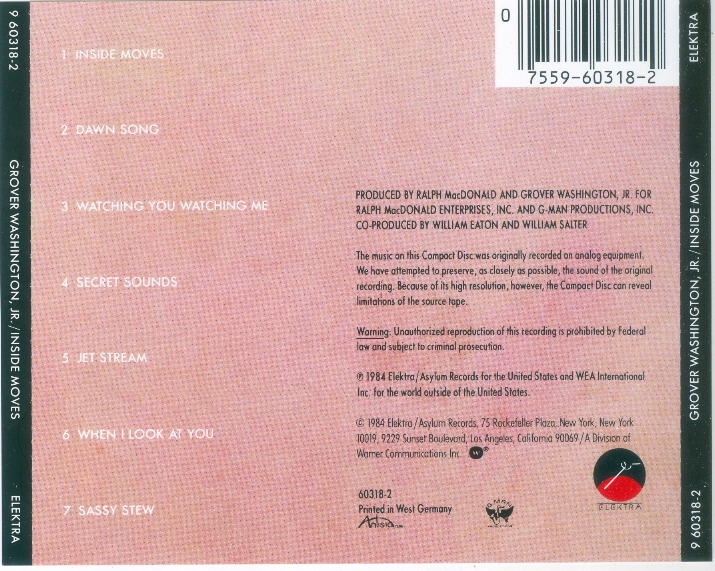 Rear tray insert, "Printed in West Germany" with barcode.
This is one of the very few target discs that have spines that read in the
opposite direction (outward) to that of the vast majority.
"9 60318-2" is printed on the reverse.
All variations of the target CD issued in the US come with the same paper inserts. The POLYGRAM disc variation was issued in Japan along with this sticker obi and foldout insert.
The Japanese catalog number 32XP-110 appears only on the obi and insert.

(POLYGRAM & PDO HANOVER) heavy ridged-top six-tab two-dimple case with "84" is embossed on one tab,
and "11" is embossed on the back portion, inside bottom center. Eight-prong disc tray embossed "Patents pending 4.2"