Graham Parker and the Shot
Steady Nerves
Elektra 9 60388 (on spine)
Elektra 60388 (on disc)
made in West Germany for US & international markets
color scheme: reddish-orange background with silver paint reticle and black lettering
genre: rock
released in 1985 Rear tray insert "Printed in West Germany" with barcode.
"60388-2" is printed on the reverse.
This back inlay was also used for non-target pressings.

Notes: This target CD is fairly hard to find. The version with silver paint letters
is even harder to find. 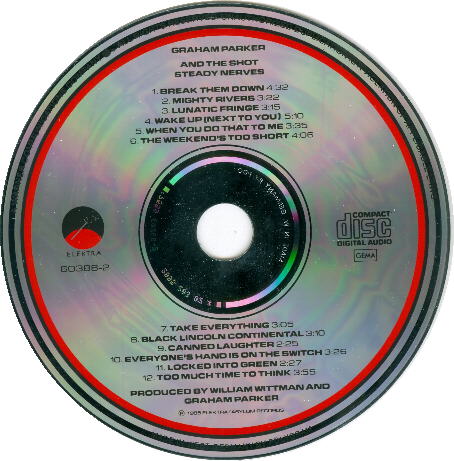 Elektra 60388-2
"MADE IN WEST GERMANY BY POLYGRAM" at six o'clock.
"MADE IN W. GERMANY BY PDO" is etched around the center hole.
Matrix number: 7559 60388-2 2895 203 02 *
Known suffixes: AR
This little number was issued in the US after the target design had run its course.
A disc just like this, minus the PDO inscription, was issued first. That one
comes with the same West German paper inserts as the target disc. 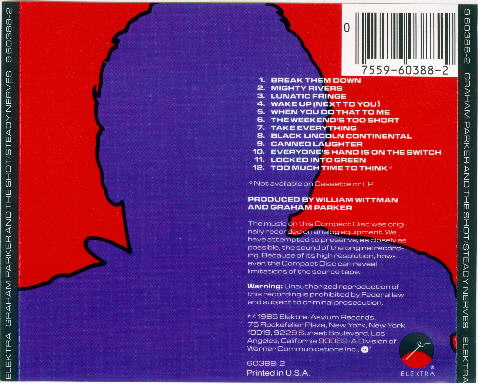