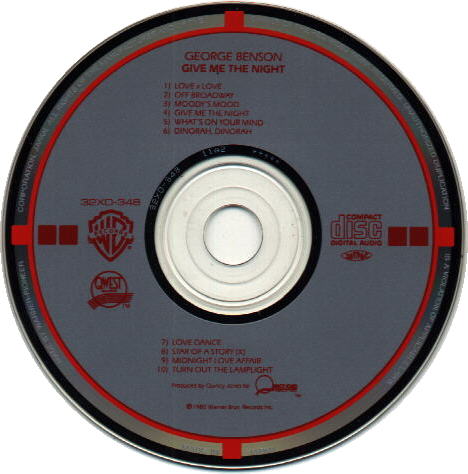 MADE IN | | JAPAN.
Also says MADE BY WARNER-PIONEER CORPORATION along the perimeter.
It is actually a CBS/Sony pressing with a single tiny CSR in the plastic hub.
The matrix number is 32XD-348 11A2 +++++
This matrix can also be found with nothing embossed in the plastic center.
Another minor variation has a 32XD-348 11 +++++ matrix and nothing embossed in the center. 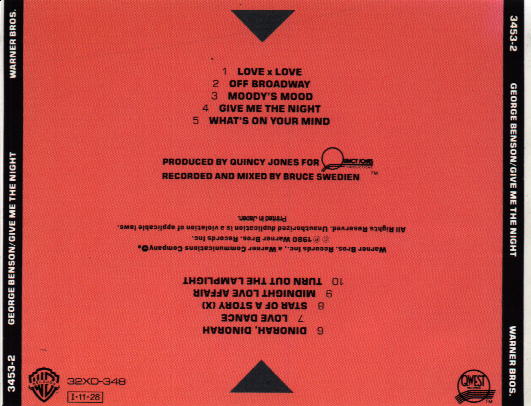 Rear tray insert "Printed in Japan" without barcode.
Note the US catalog number on the wings. 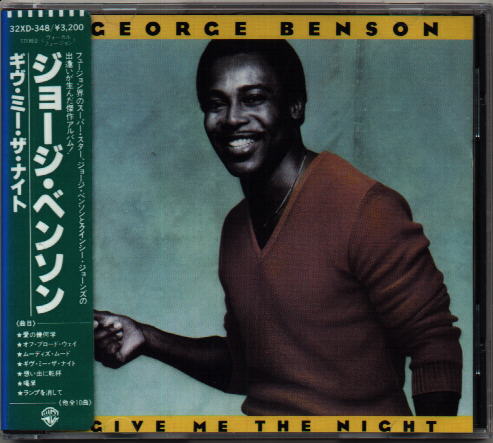 In its jewel case, with sticker OBI.
A Japanese lyric sheet was also included.

Notes: This disc was only distributed in Japan, and it is highly unlikely to turn up
in the US. It is not easy to find, even in Japan.