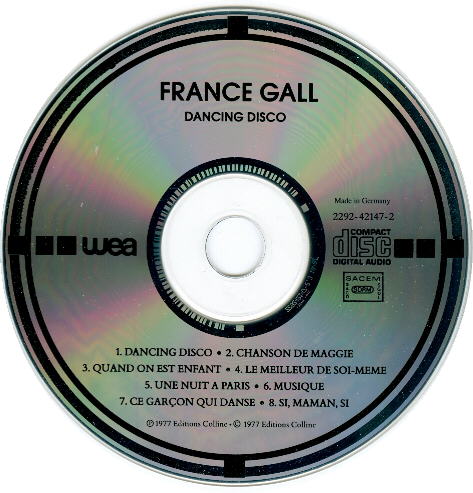 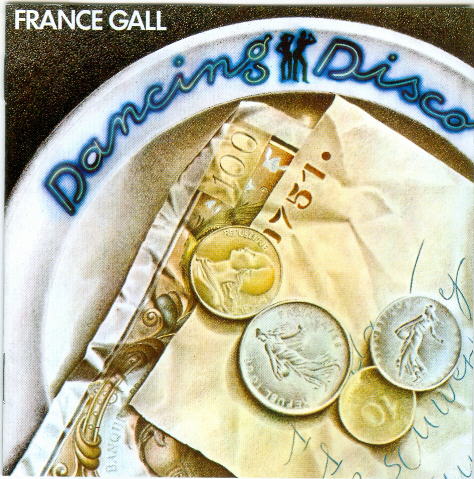 Front cover of the eight-page booklet.
No manufacturing information. 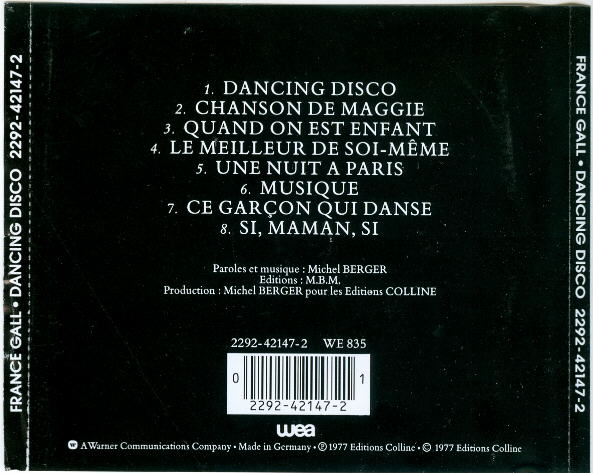 Rear tray insert "Made in Germany" with barcode.
Nothing is printed on the reverse.

Notes: This target CD is fairly hard to find, even in France.
A half-target version is much more plentiful.
Apparently, there is a target version of this title manufactured in Japan. I have no more information yet.

Jewel case info: ridged-top, four-tab, two short stopper bars,
"TSE-7" is embossed on one tab, and "TSE-5" is embossed at inside bottom right of the back portion.
Twelve-prong disc tray embossed with "KT 7.5" As near as I can tell, this half-target pre-dates the full target version.
The paper inserts are identical. However, there is also a later pressing, at first
glance identical, but has a matrix number similar to the full-target version above.
It can be easily spotted by the rear paper insert, which has several differences.