Elton John
Too Low For Zero
Geffen 4006 (on inserts)
Geffen 4006-2 // 811052-2 (on disc)
made in West Germany for US market
color scheme: silver paint background with black reticle and lettering
genre: rock
LP originally released in 1983 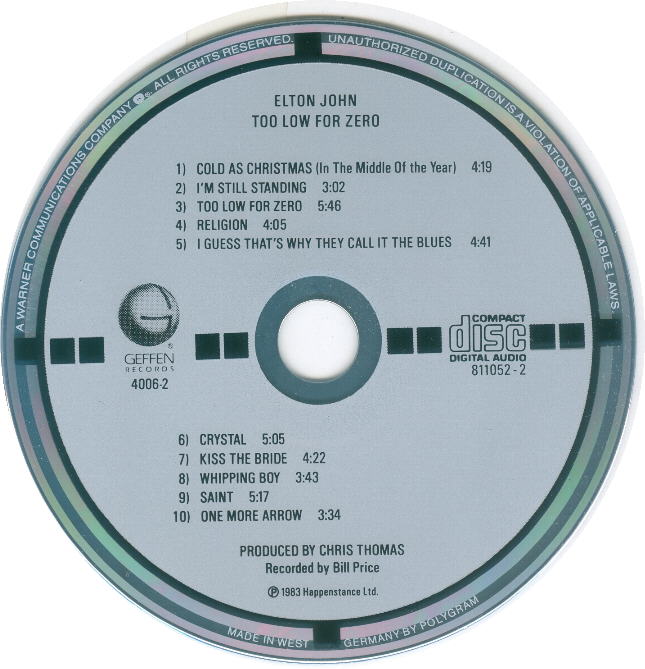 MADE IN WEST | | GERMANY BY POLYGRAM
This disc can be found with or without the inscription MADE IN W. GERMANY BY PDO
etched around the center hole.
Matrix number: 811 052-2 01
Known suffixes: EU
There also exists a POLYGRAM/PDO variation without the outer mirror band.
I don't have a picture yet. 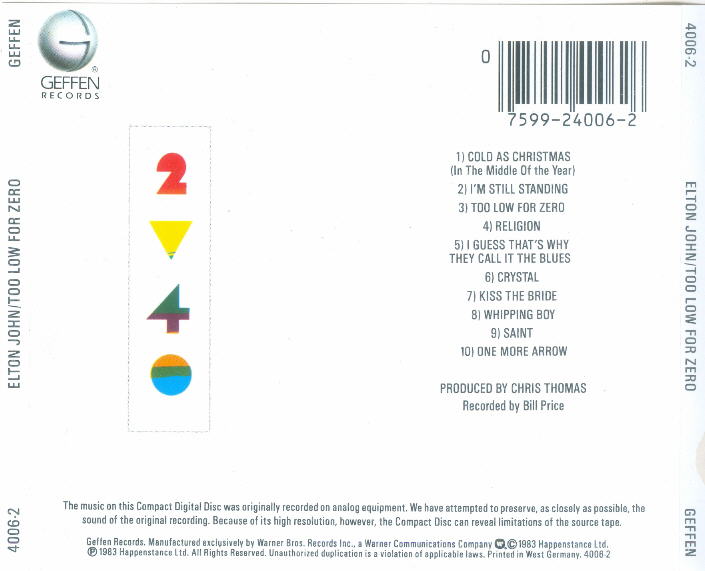 Rear tray insert "Printed in Weat Germany." with barcode.
"4006-2" is printed on the reverse.
This is the only tray insert known to contain this target disc.

Notes: This disc is uncommon, but not terribly difficult to locate in the USA.
In Europe and elsewhere, this title was released on the Rocket label, and is not a target disc.

Jewel case info: ridged six-tab two-dimple, "42" is embossed on one tab, and "81" is embossed on the
back poetion, inside bottom center. Eight-prong disc tray embossed "Patents pending 1R"