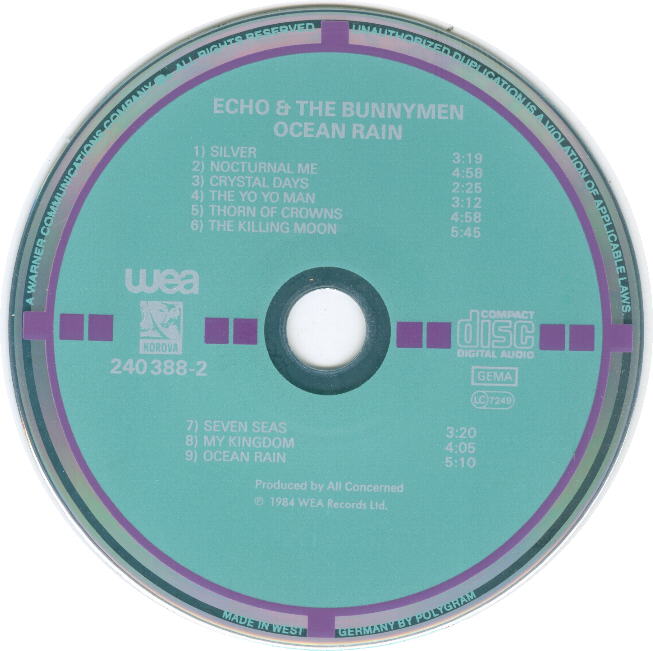 Rear tray insert, "Printed in West Germany." with no barcode.
The POLYGRAM versions can be found with this back inlay.
"240 388-2 is printed on the reverse. Rear tray insert says "Manufactured in Germany by Record Service GmbH, Alsdorf."
The PDO version can be found with this back inlay, still without barcode.
The booklet no longer says "Printed in West Germany." 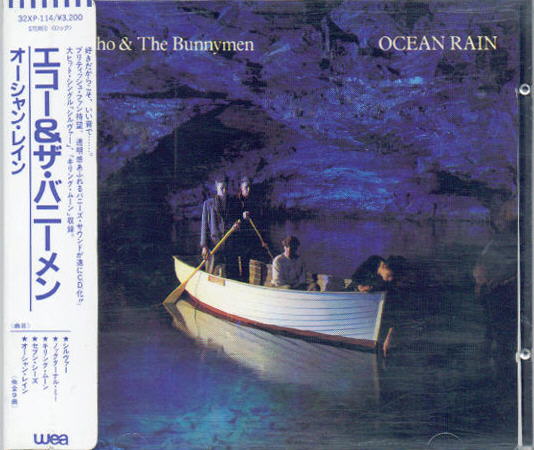 This target CD was also released in Japan with the addition of this sticker obi
which bears the catalog number 32XP-114.

Notes: This disc might have been briefly distributed in the USA, as it turns up here occasionally.
It should prove easier to find in Europe.