Variation d) is pictured above, with a rental sticker affixed. CD's were quite expensive in Japan back then,
and it was common practice to rent them like videos. CD rental was illegal in most of the rest of the world. 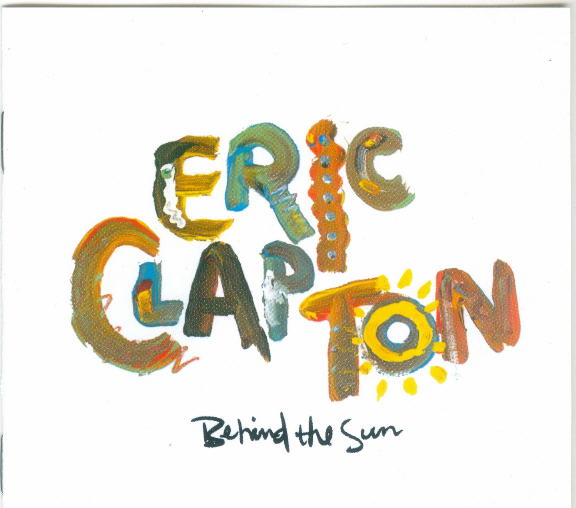 Front cover of the eight-page booklet.
I have found two booklet variations. One says "PRINTED IN JAPAN" on page seven (numbered page 6).
The other states "MANUFACTURED BY POLYGRAM IN HANOVER, WEST GERMANY
PRINTED IN WEST GERMANY" and both booklets have the Japanese catalog number printed on the back.
Loose inside the booklet is a fold-out poster containing the lyrics in Japanese and English on one side,
and a Clapton "family tree" chart researched and drawn by Hideyo Itoh in the style
of the Peter Frame "trees" on the other side. Very neat! Rear tray insert "Printed in Japan" with barcode. No variations are known.
Nothing is printed on the reverse. Complete package with attached sticker obi.
Note the rental stickers on the front of the jewel case.
Compact discs were commonly rented, not sold, in Japan in the 1980's.

Notes: This disc is not easy to find, even in Japan.