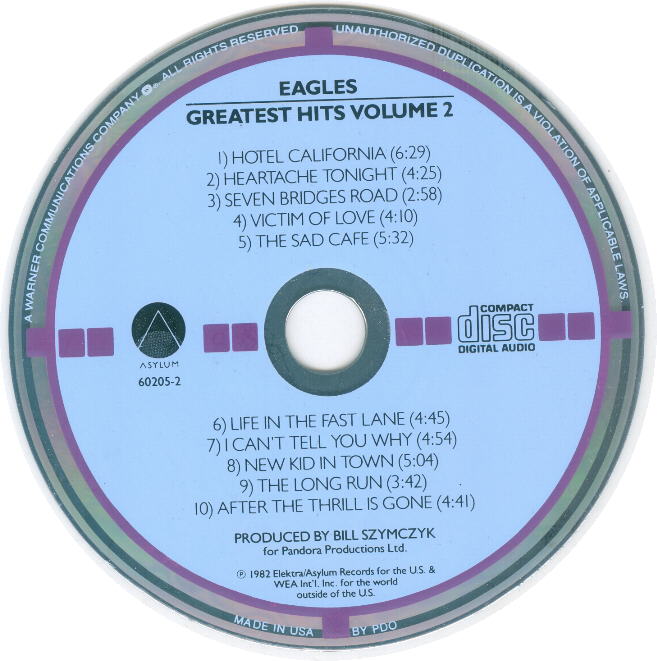 Rear tray insert, "Printed in U.S.A." with barcode.
Only rear inlay known to contain this target disc.
Some West German target pressings, and US and Japanese non-target pressings
also utilize this rear inlay. There is nothing printed on the reverse.

Notes: There are only a handful of these bad boys known to exist in collectors' hands. So far, very rare.