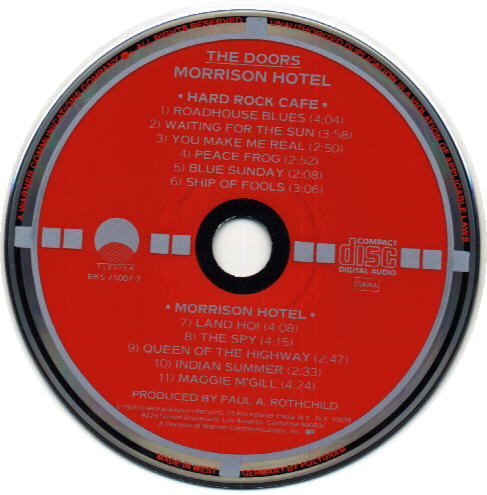 MADE IN WEST | | GERMANY BY POLYGRAM
Matrix number: 75007-2 2893 280 01 #
Note that, unlike the more common version of this target disc, there is no black
lettering. Plus the Elektra logo appears unfinished. Is this an error, or perhaps
the powers-that-be decided the logo didn't look right, and added black to the second
print run? 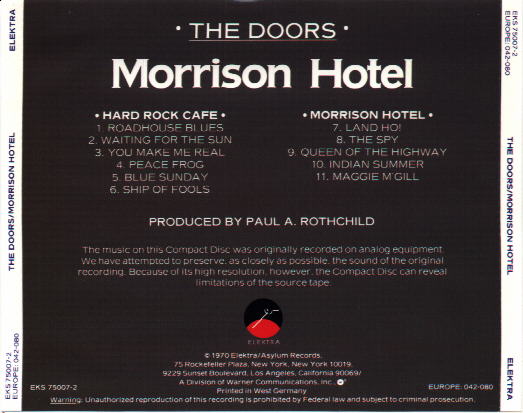 Rear tray insert "Printed in West Germany" with no barcode.
"75007-2" is printed on the reverse.
This back inlay is a grayish-green color. The more common black letter discs come
with back inlays that are more decidedly green in color.

Notes: This disc appears to be harder to find than the black letter disc, at this time.
I say "appears" because this variation was just recently noticed, and not enough
copies have surfaced yet to make a definite determination. At this point, it doesn't
appear to be "rare" but there seems to be fewer copies available than the black letter
variation. That could change over time.