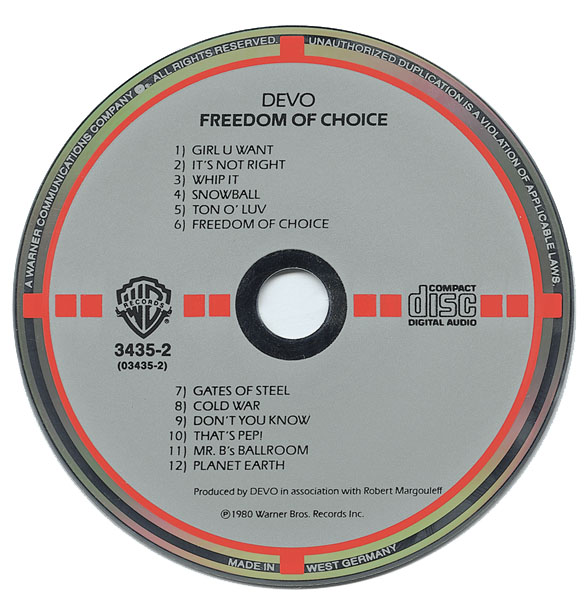 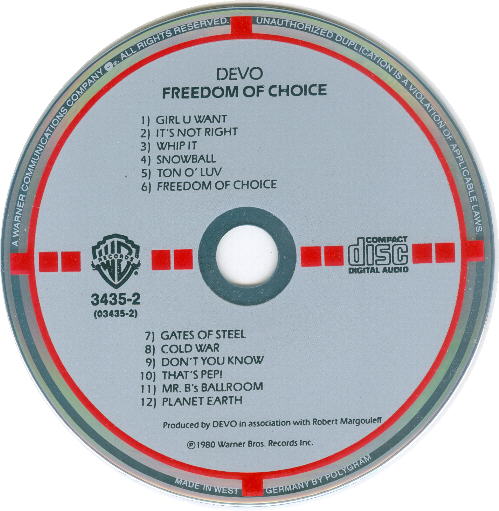 Rear tray insert "Printed in West Germany" with no barcode.
Only tray inlay known to contain this target disc.
"3435-2" is printed on the reverse.

The disc variation without POLYGRAM was issued in Japan as 38XP-20 with the addition
of this gold sticker obi. Presumably there was also a Japanese-language insert
tucked inside the booklet, but I have no proof.

Notes: This disc is quite scarce, and will take some searching.