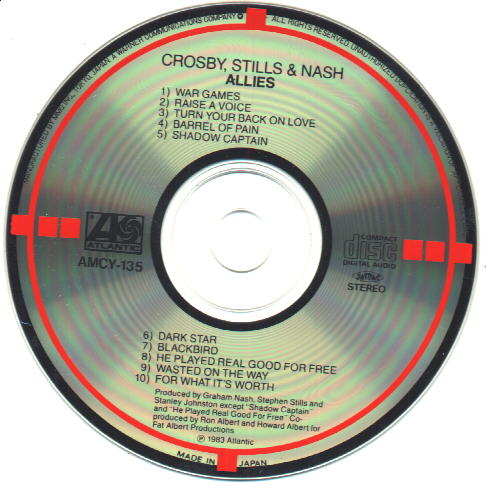 MADE IN | | JAPAN
MANUFACTURED BY MMG INC., TOKYO JAPAN
The disc was actually manufactured by EMI-Toshiba.
Known matrix numbers: AMCY-135 1A1 TO, AMCY-135 1A2 TO Front cover of the eight-page booklet.
Page seven states "Manufactured by PolyGram in Hanover, West Germany
Printed in Japan"
The first line is obviously in error! 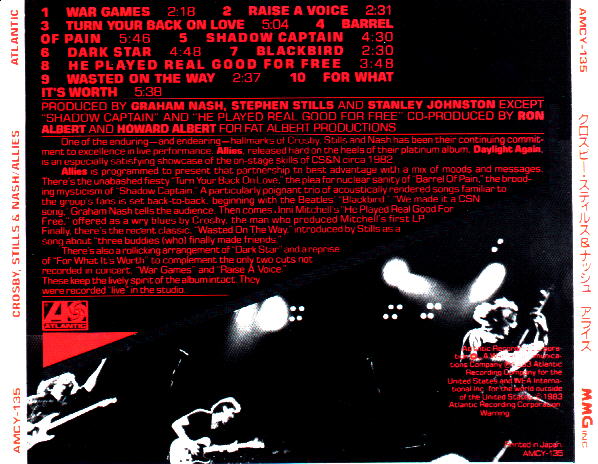 Rear tray insert "Printed in Japan" without barcode.
Nothing is printed on the reverse. 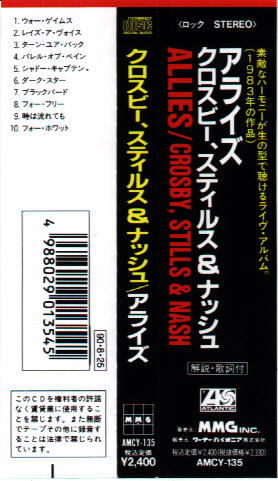 Paper OBI strip that comes with this target CD. Note that it is not the sticker obi
associated with the 32XD etc. series.

Notes: This target CD reissue was issued briefly only in Japan around 1990. A number of copies were exported
into the US and Europe, as the title was already long out of print in those territories.
It turns up occasionally on eBay and commands slightly lower prices than the standard West German pressed US issue.
This is the only Japanese-pressed target CD to be issued after the mid-1980's, as far as I know.
And it is the only known target disc in the AMCY series.