Chaka Khan
I Feel For You
Warner Bros. 9 25162
made in West Germany for US & international markets
color scheme: silver paint background with red reticle and black lettering
genre: R&B
LP originally released in 1984 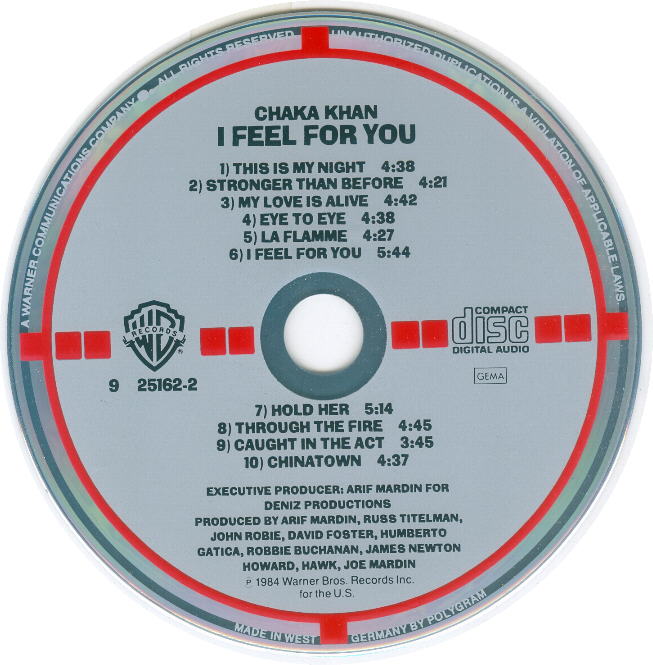 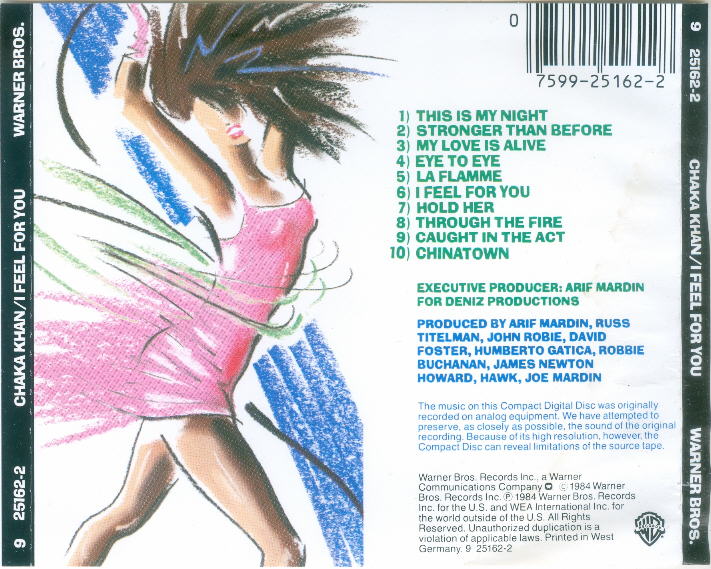 Rear tray insert, "Printed in West Germany." with barcode.
Only tray insert known to contain this target disc.
"9 25162-2" is printed on the reverse. 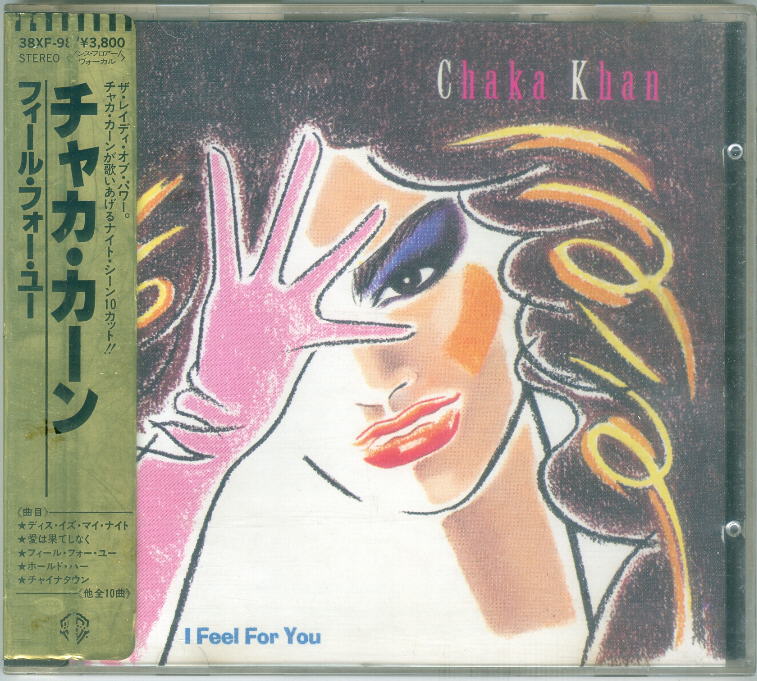 This exact disc was issued in Japan as 38XP-98, with the addition of this sticker obi.
A Japanese-language insert was also probably included, but I don't have one to show you.

Notes: This disc is uncommon, but can be found with some searching.

Jewel case info: smooth frosted two-dimple, "T1" is embossed on the back, and "T2" is embossed
on one tab. Eight-prong disc tray embossed "Patents pending 13"

OTHER INTERESTING PRESSINGS OF THIS TITLE 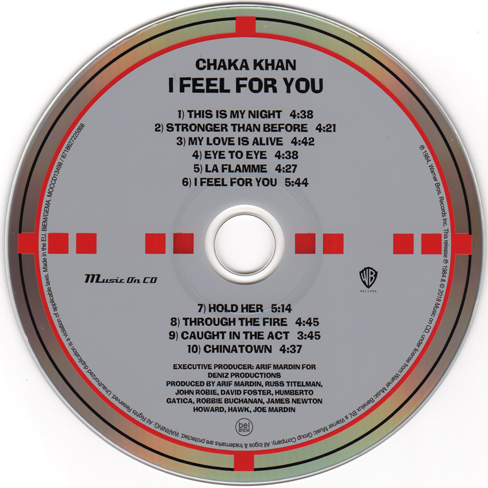 Music On CD has reissued this title and they used the target design! What fun!
Thanks to Kym for this scan.