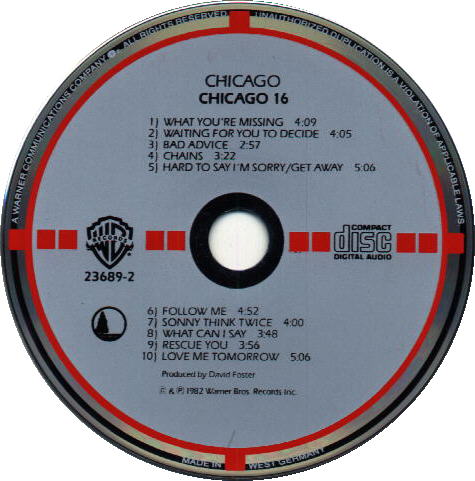 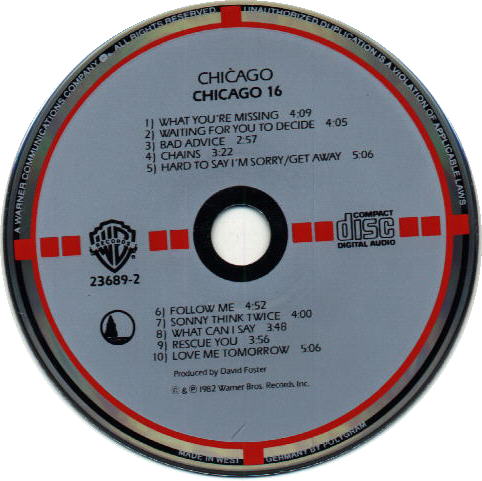 MADE IN WEST | | GERMANY BY POLYGRAM
These are the only known disc variations for the Warner Bros. WG target CD. 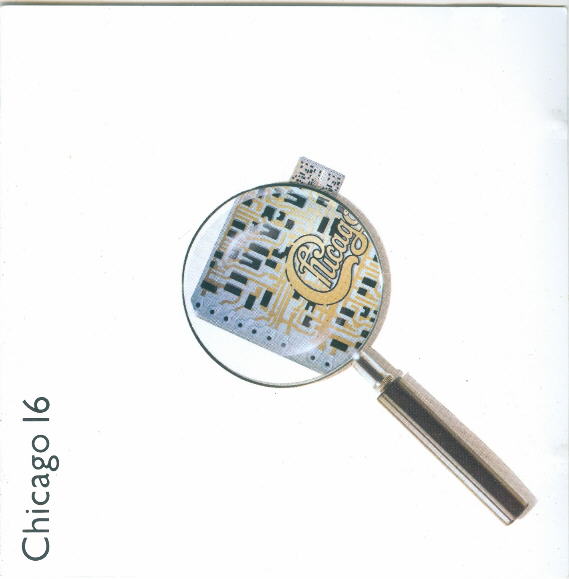 Front cover of the eight-page booklet.
No manufacturing info. 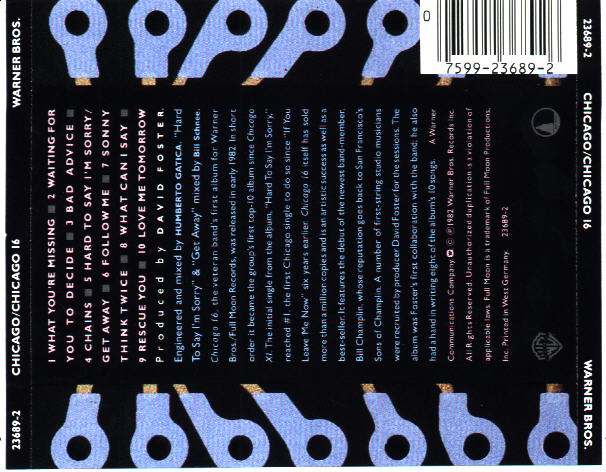 Notes: This target CD is readily available in the US. MADE IN WEST GERMANY BY POLYGRAM at 6 o'clock.
"Made in West Germany by PolyGram" at 9 o'clock.
Matrix number: 7599 23689-2 2893 234 04
Known suffixes: BZ, CM
After the target design was discontinued in the U. S., WEA continued to have PolyGram manufacture
this title, with the new boring label style.
The paper inserts are exactly the same as above.
My (BZ) copy is housed in a sturdy ridged-top six-tab two-dimple case with "74" embossed on a lower
tab and "73" is embossed on the back portion, inside bottom center.
Eight-prong disc tray embossed "Patents pending 22"