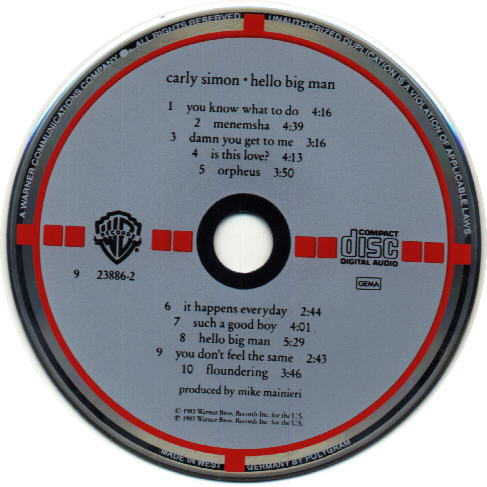 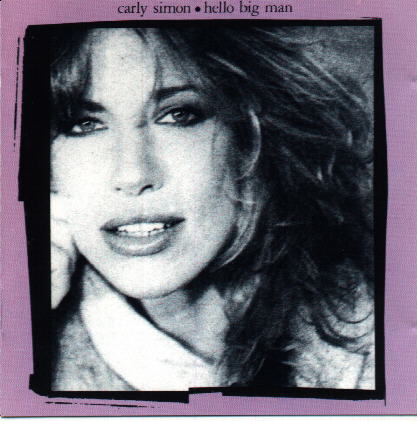 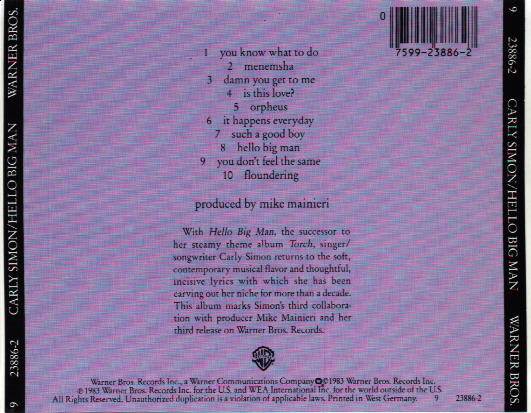 This target CD was released In Japan with this gold sticker obi.
I can't make out the Japanese catalog number in this scan.
Presumably a Japanese-language insert was inserted into the booklet.

Notes: This target CD is scarce. The title was out of print worldwide for many many years.
Hello Big Man was reissued on the Wounded Bird label a few years ago, which reduced the demand somewhat.