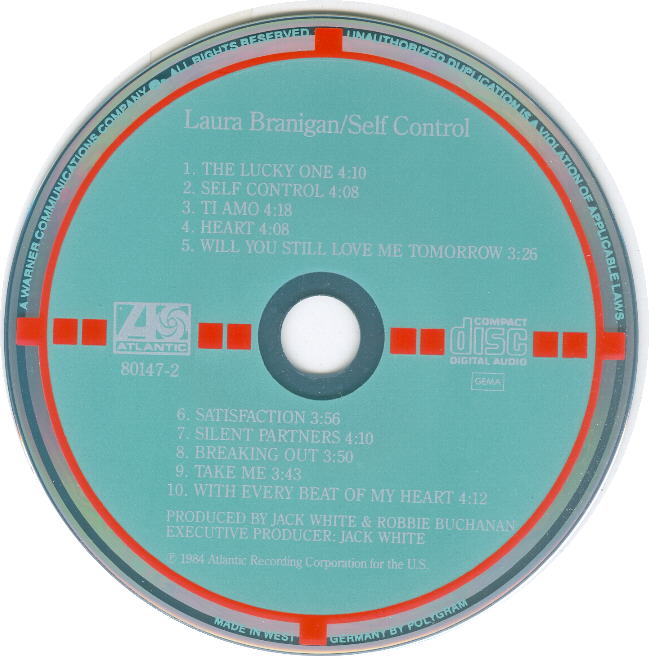 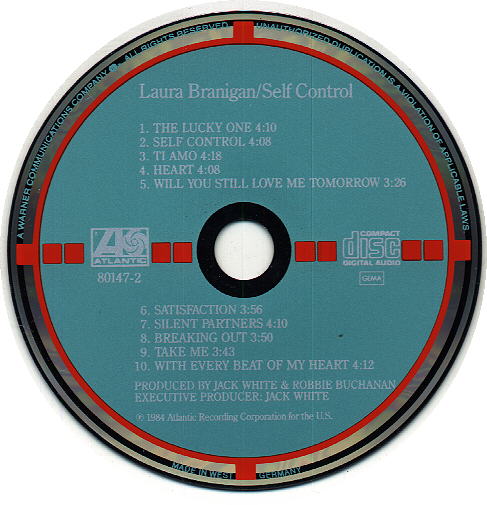 MADE IN WEST | | GERMANY on the front, MADE IN W. GERMANY BY PDO in the hub area (d).
Known suffixes: CW
This variation may have only been distributed in Europe. 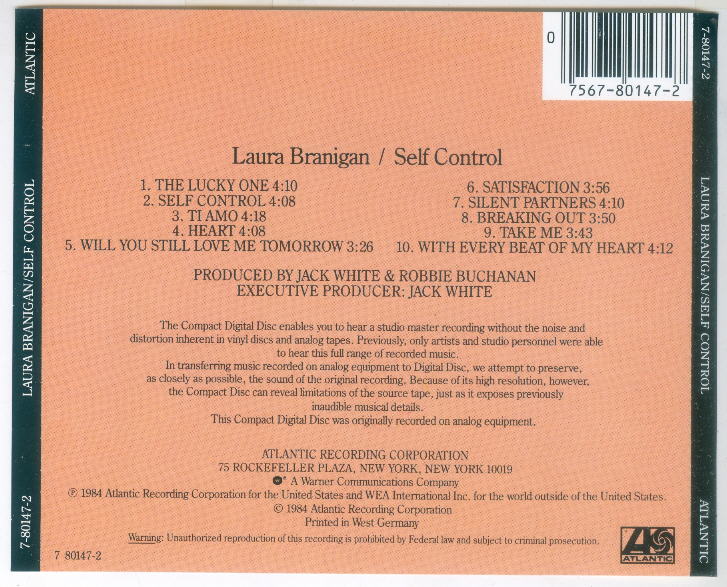 Rear tray insert, "Printed in West Germany" with barcode (x).
This back inlay can be found on copies distributed in the US.
"780 147-2" is printed on the reverse.
So far, I have only found POLYGRAM discs with this inlay. 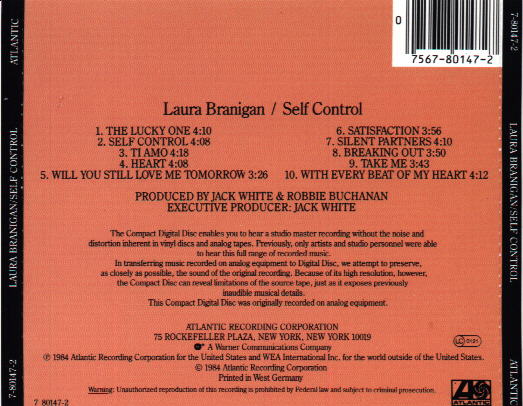 Rear tray insert "Printed in West Germany" with barcode and LC bullet (y).
This back inlay was used for copies distributed in Europe. The booklet (n)
says, "Printed in West Germany. Made in Sweden." "7 80147-2" is printed on the reverse of the rear inlay.
Disc variations (c) and (d) can be found with this inlay.
There also exists a rear tray insert issued in Europe with disc variation (d) that states
"Manufactured in Germany by Record Service GmbH, Alsdorf" with barcode (z).
I don't have a picture yet. 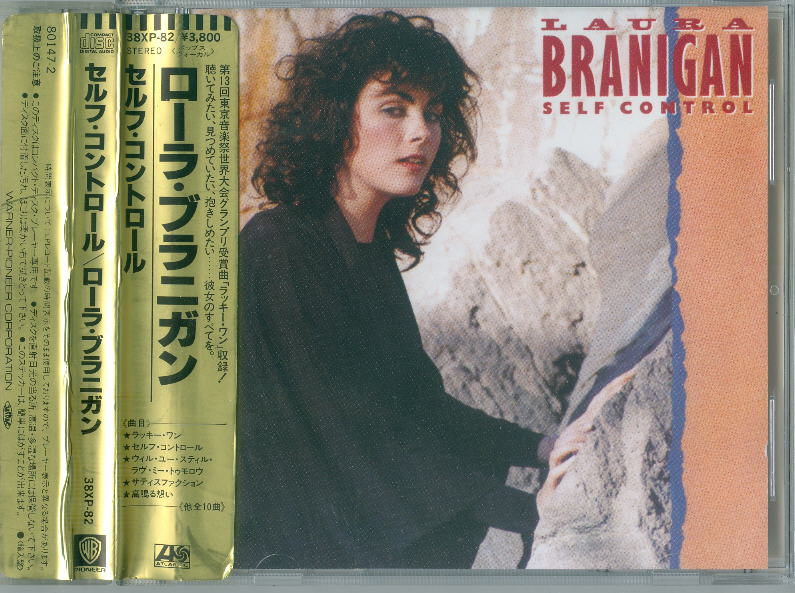 This exact disc (a) was issued in Japan with the addition of this gold sticker obi.
The obi bears the new Japanese catalog number 38XP-82.
I don't know if this originally came with a Japanese lyric sheet. Atlantic 80147-2
"MANUFACTURED BY VICTOR COMPANY OF JAPAN, LTD. MADE IN JAPAN" in the perimeter.
Matrix number: 80147-2-V5E11
This Japanese pressing was issued approximately 1987, after the target design was discontinued.
The front cover is the same standard cover as the target issue, above.
Page five states "Manufactured by JVC, Japan. Printed in Japan"